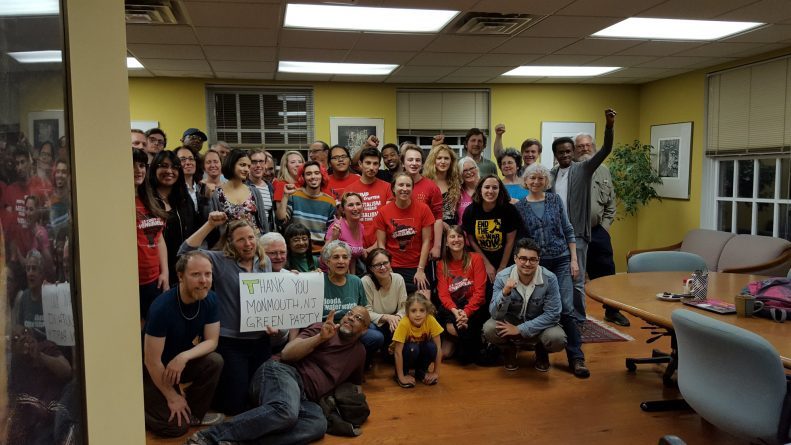 5 de mayo statement of the Venezuelan Embassy Protection Collective: Solidarity with Anti-imperialist and Indigenous Struggles around the World.

From inside the Venezuelan Embassy in Washington, DC, 5 of May, 2019.

As people from the United States, members of The Embassy Protection Collective have been fulfilling our trust as a temporary protectorate of the Embassy of Venezuela, located in Washington DC, for the past several weeks. We are holding strong despite being surrounded by hostile forces working with the United States Government and right-wing forces in Latin America to overthrow the duly-elected and internationally-recognized Venezuelan Government, ruin its economy, and steal its resources.

On this Cinco de Mayo, an anti-imperialist anniversary, we stand in solidarity with Anti-Imperialist and Indigenous Struggles around the World.

On May 5 1862, at the Battle of Puebla the people of Mexico won a heroic victory over French colonial invaders. Mexican forces, many of whom were indigenous, under indigenous President Benito Juarez, defeated the French, who had been expecting an easy win because they out-numbered the Mexicans three to one, and had vastly superior firepower and resources.

This historic battle has numerous parallels with our current anti-imperialist struggle to prevent a US-orchestrated coup in Venezuela:

As with all colonized countries, European colonial powers exploited Mexico unmercifully, applying ferocious economic pressure on the country, a situation not unlike the punishing economic warfare the US is now waging against Venezuela.

France refused to negotiate debt payments with the Juarez Government. Instead, self-proclaimed French Emperor Napoleon Bonaparte opted to invade Mexico, subjecting the impoverished Mexican people to six years of war before they finally succeeded in expelling the French.

A hundred and fifty years later, the US persists in its attempts to overthrow Venezuela’s duly elected presidents, first Hugo Chavez and then Nicolás Maduro. The Venezuelan people, like the Mexican people, continue to hold off these attacks despite tremendous challenges.

Like Native peoples around the globe, the indigenous people of Mexico were decimated but not defeated by colonialism. From Juarez to the Zapatistas, they continue in the forefront, actively defying colonialism and imperialism, as do the Venezuelan people though the ongoing Bolivarian Revolution.

Today, 5 de mayo, is also National Day of Awareness for Missing and Murdered Native Women and Girls. We stand in solidarity with Native women in the US and around the world who for centuries, and to this day, have been exploited, dispossessed, and murdered by colonialism and imperialism, in an ongoing genocide that continually targets them as a group and as individuals, including the murdered and missing women in the US, for whom justice is being demanded.

Likewise, on this day we express solidarity and love for migrants seeking refuge in the US, in particular the thousands fleeing violence and poverty in Honduras following the US-backed 2009 coup in that country against the progressive, legally elected government of Manuel Zelaya. It is the tremendous harm of coups such as the one in Honduras, as well as those perpetrated by imperialist US policy all over this hemisphere and the world for more than a century, which we are seeking to prevent and directly challenge, through our being in the Embassy of Venezuela.

A media barrage designed to obscure US actions and intentions is a key part of interventionist actions like this current one against Venezuela, led by Elliot Abrams, John Bolton, Mike Pompeo and Donald Trump. We call on people to closely question this campaign, which twists reality and blames those who resist empire, including ourselves. If you are tempted to believe that the motives of the US and the right-wing extremist opposition in Venezuela are lawful and humanitarian, please consider…

We believe that the Venezuelan people, including well-meaning members of the opposition in that country, should be able to develop and follow internal processes of participation in order to choose their path. That is why we are here in the embassy, and why on this Cinco de Mayo we salute all people around the world who are resisting greed, bullying and violent intervention.

Wishing a just and peaceful anti-imperialist Cinco de Mayo to all!

In solidarity and struggle,

Lawful Tenant-Guests at the Venezuelan Embassy