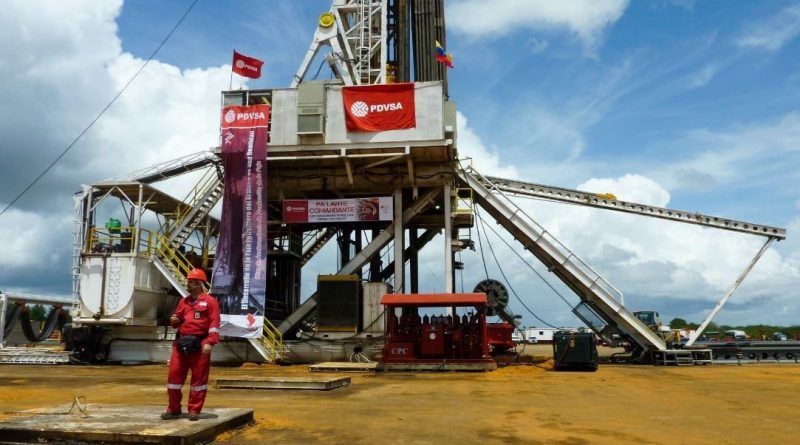 Reviving production has led Chevron convert a blending plant back to a crude upgrader for export of heavier grades.

According to OPEC secondary sources, output increased from 644,000 in September to 687,000 barrels per day (bpd) in October.

Venezuela’s crude output has declined precipitously in recent years, falling from 1.911 million and 1.354 million bpd in 2017 and 2018, respectively, following the imposition of crippling US financial sanctions. Production continued to plummet in the wake of a US oil embargo imposed in January, which was expanded to a sweeping ban on all dealings with the Venezuelan state in August.

October’s increase comes as US oil giant Chevron and PDVSA revealed last week that they would turn a plant run by their Petropiar joint venture back into a crude upgrader.

In recent months, the facility had operated as a blending facility, producing 100,000 bpd of lighter Merey crude by October, destined for Asian markets.

Reuters reports that the plant will return to producing Hamaca-grade synthetic crude by early next year.

It remains unclear where Petropiar plans to market the heavier crude. Before the US oil embargo took effect, most of Venezuela’s Hamaca crude was shipped to US refineries on the Gulf Coast.

RELATED CONTENT: “No Worries, This Will Only Affect Maduro”

Washington’s sanctions have also led non-US customers to shy away from buying Venezuelan crude, including the China National Petroleum Corporation. PDVSA has reportedly been selling a large proportion of its crude output to Russian energy giant Rosneft, which then reroutes it to other destinations.

Reuters reported in October that India’s Nayara Energy has been supplying fuel to Rosneft in exchange for Venezuelan oil, so as to avoid US secondary sanctions.

Caracas had hoped to make India its main cash buyer following January’s embargo, but prospects were derailed by US threats of secondary sanctions. Transnational refining firm Reliance received shipments of Venezuelan crude in October for the first time in four months, reportedly in exchange for fuel products, including diesel.