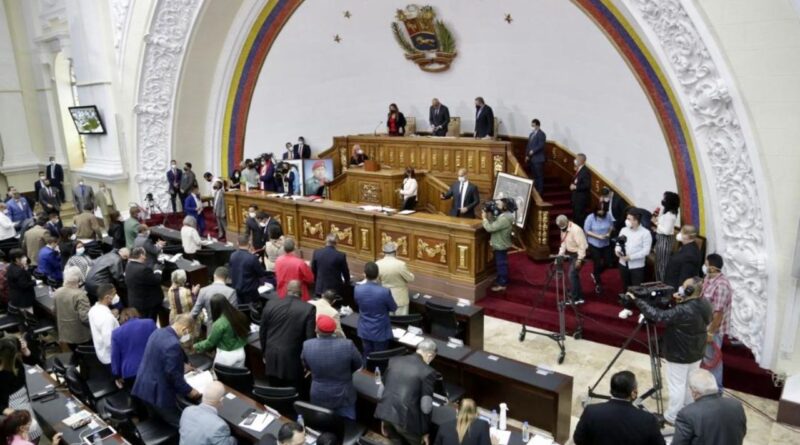 In a regular session of the Venezuelan National Assembly this Thursday, March 18, the return of Venezuela to the conventions, protocols and recommendations of the International Labor Organization (ILO) was unanimously approved. The parliamentarians explained that the breach of some agreements was due to the previous administration being in contempt.

In addition, the struggle that has taken place in the last 22 years to favor the working class was vindicated.

The President of Parliament, Jorge Rodríguez, confirmed that Venezuela will defend the truth in all national and international spaces.

Likewise, “a mixed commission of 16 deputies was formed to analyze the actions to be taken, and to present them to the country.”

Rodriguez expressed regret that for five years only base and criminal attacks were promoted by the previous parliamentary management.

“[Anti-Chavista] Julio Borges said that Venezuela was a disease for the region, and now we see how countries of the Lima Group are a disgrace for their peoples due to the international COVID-19 emergency.”

Advance in protection
At the same time, PSUV deputy Francisco Torrealba explained that “the ILO wanted to attack Venezuela.”

He explained that for five years the previous Parliament’s administration proposed only cruelty against Venezuela to discredit it at the international level.

“They attacked us with everything, but in five years they did not dare to do what this Assembly is doing with the ILO.”

Rodríguez explained that there is a new confrontation between cowardice and courage to impose the Venezuelan reality. “We have to fight, we have to evade, and rise above fear to defend Venezuela,” he outlined.

He asked “who is braver, the one who builds the wealth of the country with his working hands, or those who take our wealth and send it abroad?”

March 28: Yaracuy Day
At another point in the agenda, the designation of March 28 as Yaracuy Day was unanimously approved as a homage to Ezequiel Zamora.

Deputy Carlos Gamarra stated that it is “an act of vindication of history, to exalt the Zamorano legacy.”

Yaracuy Day is statement of recognition of Ezequiel Zamora’s journey through the West during the federal war with his proclamation of “Land and Free Men.”

“We must establish the differences between the provinces and the federal state,” said Gamarra, “that is why it is an act of justice with history.”

Finally, deputy Luis José Marcano announced that on Friday, March 19, “the seven-week public debate on the Organic Law of Communal Cities will begin.”

He said that all proposals to strengthen the legal instrument will be appealed for through forums, web pages, and video conferences.