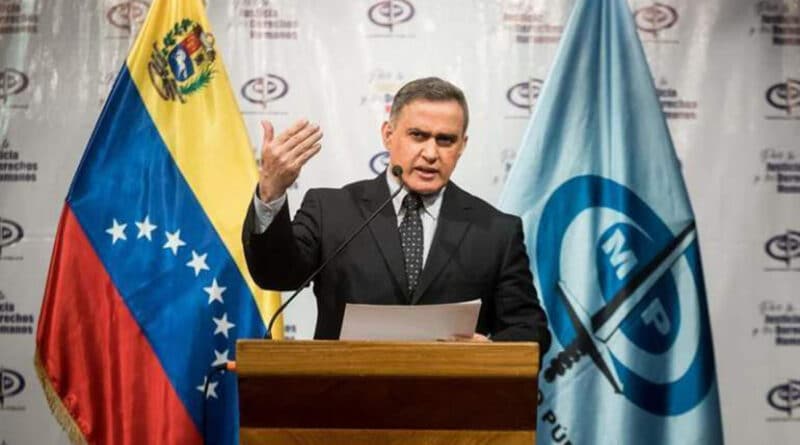 The Attorney General of the Bolivarian Republic of Venezuela, Tarek William Saab, described the illegal detention of the Venezuelan special envoy and Alternate Ambassador to the African Union, Alex Saab, as an “abduction.” The case constitutes an example of a flagrant disregard of the right to a legal defense and to due process, and a clear violation of Alex Saab’s human rights.

When inaugurating his new Twitter Space, #twitterspacesdelfiscaltarek, on the popular social media platform, the highest representative of the Venezuelan Public Ministry stressed that this illegal process against Alex Saab “has been used with great infamy to attack the Venezuelan institutions, while his arrest was totally illegal. I call it an abduction. He has a diplomatic footing… he conducted many legal activities to acquire medicines and food.” “In the midst of one of these activities he was illegally detained, where, as he himself has pointed out, his human rights, his right to defense and due process, have been totally violated,” continued the prosecutor, “and they claim to present it as a war trophy.”

He added that, due to the criminal blockade that has exponentially harmed the Venezuelan people, the public powers and the Venezuelan state have had to face difficult challenges to defend the truth of Venezuela in the international sphere, because right-wing elements continue to “place obstacles to the task, with the intention of penalizing and criminalizing, [and to] seek moral lynching. I am against that and it must be faced with courage, with dignity.”

RELATED CONTENT: Latest News on the Kidnapping of Alex Saab in Cape Verde – US Pressure

The highest representative of the public ministry clarified that Venezuelan authorities are aware that it is “an everyday task, that we are winning with the truth. They do not forget that: the truth always comes out, and in this regard, I beseech you to never lower your guard.”

In addition, Tarek William Saab said that it is inevitable that in these times of the pandemic, “medicine, public health and its defense become the defense of human life.” As a result, he expressed his disbelief that anyone could act so ruthlessly against an entire people by imposing a blockade and persecuting officials to prevent the purchase of vaccines.

“Who can be in favor of blocking Venezuela with sanctions?” asked the chief prosecutor. “To persecute us so that we cannot buy vaccines? Those who agree with that are criminals, because in the end that vaccine will save a mother, a daughter, a son, a grandson.”

Finally, the Attorney General of the Republic averred that we are witnessing a crime against humanity, confirming the statements recently made by the Vice President of the Republic Delcy Rodríguez. The enemies of the Bolivarian Republic try to undermine “the Venezuelan economy, confiscating assets, blocking accounts so that medicines cannot be purchased,” said Tarek William Saab, constituting “a crime against humanity that must be denounced.”