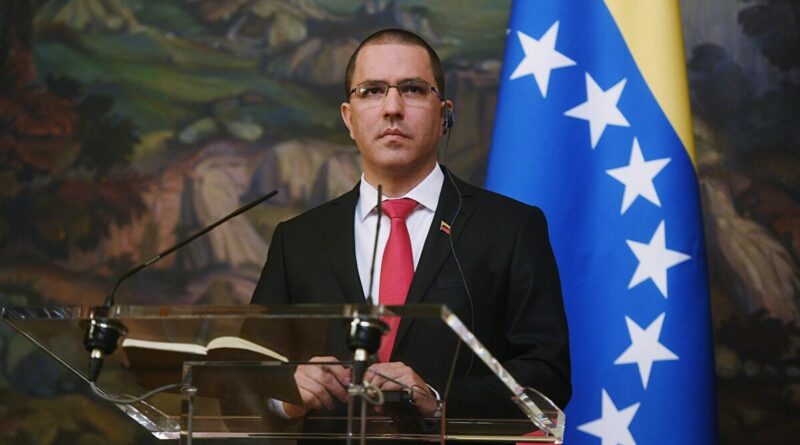 CARACAS (Sputnik) – Foreign Affairs Minister of Venezuela Jorge Arreaza, denied that the arrival of a shipment of missiles from Iran to that South American nation is scheduled, but did not rule out that his country could acquire the weapons it requires through the alliances it maintains with Tehran.

“No, there is no ship coming with missiles, but there is a relationship, and the day that Venezuela, the day that our Bolivarian Armed Forces considers, with the Armed Forces of Iran, that it is necessary to acquire weapons of any kind from Iran, we will do so in a sovereign, independent way and nothing and no one can prevent it,” Arreaza said during a meeting with his Iranian counterpart, Mohammad Javad Zarif.

Last October, the United States special representative for Iran and Venezuela, Elliott Abrams, warned that his country will destroy Iranian long-range missiles if Tehran decides to send them to Venezuela. In that sense, Arreaza assured that Abrams and President Donald Trump “failed in their intention to decide on Iran and Venezuela.”

Similarly, the Foreign Affairs Minister stressed that through cooperative relations the shipment of gasoline from Iran to Venezuela was achieved, in the face of United States sanctions that affect the supply of fuel in that Caribbean country and thus millions of Venezuelans.

In September, the United States seized four tankers loaded in Iran with gasoline for Venezuela.

However, President Nicolás Maduro assured on October 28 that the oil industry was producing 30% more than its automotive fleet consumes, which had allowed him to guarantee a twenty-day reserve, projected to keep growing.