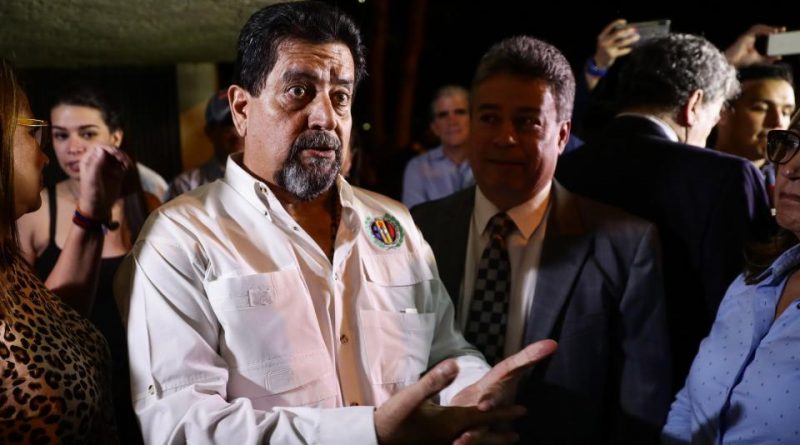 Chavismo and an opposition sector signed a five-point pact and established the National Dialogue Table.

The government and an opposition sector signed a five-point agreement and established the National Dialogue Table. The event comes to modify the rhythms and possibly the discourse of the conflict, in a scenario where the main dialogue space, mediated by Norway, had been frozen. The general reaction to the cameras focused on the ceremony came as a surprise: it was not part of the pieces planned on the game board.

In the last few hours, the first advance in the framework of the pact occurred: the deputy and vice president of the AN, Edgar Zambrano, belonging to the Democratic Action party, who had been arrested for having participated in the military coup d’etat attempt of April 30, was released. The opposition parliamentarian must appear before the courts every 30 days.

The government’s performance was unified. Chavismo, as is customary in these scenarios, did not show any differences to what it presented as a central achievement in the midst of an escalation of several fronts, mainly that of the Colombian border and the diplomatic one.

The agreement was ratified and defended before the cameras by four political formations: the MAS, Change, Solutions for Venezuela, and Progressive Advanced parties. Opposition forces considered majority, such as Popular Will. Justice First, Democratic Action and A New Time, rejected the signed agreement. Javier Bertucchi, former presidential candidate also joined the initiative later.

Guaidó, president of the National Assembly (AN) gave statements simultaneous to the televised signing ceremony. There he terminated the space initiated under the mediation of Norway – first meeting in Oslo, then in Barbados – blamed the government for the impossibility of reaching an agreement and minimized the signatory opposition groups, ruling out that this could be a possible solution.

The five points of the agreement, to be developed, were: the reinstatement of the Chavismo deputies to the AN, the formation of a new National Electoral Council (CNE), work with the justice system to address the situation of detained politicians to apply measures of freedom in cases that allow it, the rejection of US economic sanctions, the defense of Guyana Essequibo – a territory in international dispute – and the application of an oil-for-food exchange program.

The installation of the National Dialogue Table thus suggests the possibility of an electoral exit, marked centrally by the renewal of the CNE, a request always on the table by the opposition. It also supports the attempt to overcome the clash of state powers marked by the situation of the legislature, as well as the consensus about the rejection of the international blockade that prevents economic recovery and normalization.

The negotiated points show a difference with the approach of absent opposition sectors, which have defended the need for US sanctions to force the government to negotiate in an unfavorable position, and have opposed a resolution that does not have as a starting point the exit of Nicolás Maduro before holding presidential elections in which, they maintain, he can not participate.

These positions are not in turn homogeneous: political forces such as Democratic Action have been favorable to a possible electoral scenario, but they are not part of the signed agreement, others have argued that every exit by the polls is unfeasible and must be by force – as Antonio Ledezma or María Corina Machado- and parties like Primero Justicia have held vacilating positions.

The commitment of the signed agreement seems to be, in addition to achieving the announced advancement points, betraying those sectors that are against a violent exit with foreign intervention, and could agree with an intermediate position.

The question of the national and peaceful resolution of the conflict was underlined during the agreement and in subsequent statements. It is a position in a scenario marked by three recent events that indicate the progress of the factions that seek violent maneuvers to break the correlation of forces in their favor.

The first was the denunciation by the government of the threat of a false flag action prepared from Colombia to cause an escalation with acceleration of times and shocks. The second was the activation of the Inter-American Treaty of Reciprocal Assistance (TIAR) that will be discussed among the foreign ministers of signatory countries in the days of the United Nations General Assembly. As for the third, it was the new confirmation, through photographs and testimonies, of the link between Guaidó and sectors of the Colombian paramilitarism.

It is still early to know how the next steps will be taken, what will be the possible reinstatement of the Chavismo deputies to the AN, what will be attempted from that instance declared in contempt by the Supreme Court of Justice, or how the renewal of the CNE will be done.

Within that framework the response of the United States was twofold. First, the Treasury Department announced new sanctions on sixteen companies linked to Venezuela and the Clap program. Second, the State Department issued a statement accusing the government of being responsible for the failure of the dialogues, ratifying that it will not remove the blockade until Maduro leaves the presidency, and stressed the invocation of the TIAR to “facilitate more collective actions. ”

With this new scenario the government has taken a step of initiative in agreement with opposition sectors that were immediately described as traitors by the other forces of the extreme right. It remains to be seen, among other things, whether it will be able to “betray” more parties, and if the proposal will bring together a sufficient national and international consensus to open the doors of possible elections that would be, according to repeated Maduro declarations, legislative.