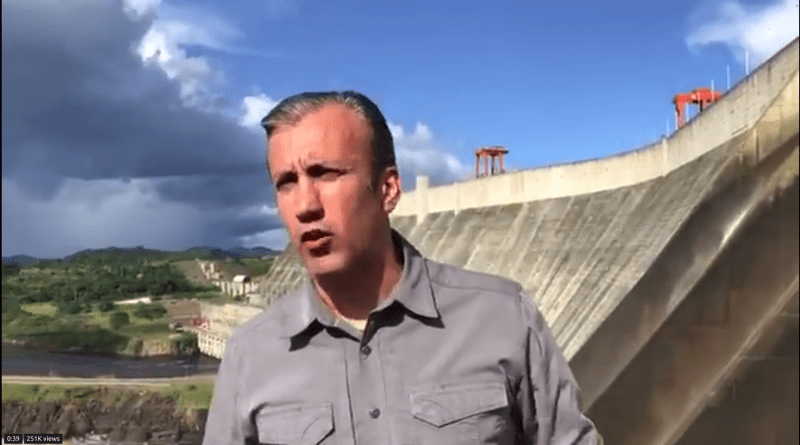 Caracas, 01/Jul/2019, (Orinoco Tribune).- The US government in a new round of unilateral coercive measures decided yesterday to add the name of Tareck El Aissami in an ICE list of “most wanted”. This list is not very well known outside US Detention Centers (or concentration camps) unlike the notorious FBI or DEA lists.

Tareck El Aissami currently is Venezuelan Vice President for Economy and has been the victim of US sanctions since February 2017 on alleged charges of drug trafficking for which hard evidence has not being presented.

The Chavista leader posted a tweet, from the Guri Dam in the South of Venezuela, disavowing the sanctions and ratifying that he will continue to strengthen the Bolivarian Revolution:

The Venezuelan MFA issued a communique expressing its repudiation of this new harassment against Tarek El Aissami, below you can read it (link to original document in Spanish here):

The Bolivarian Republic of Venezuela repudiates the permanent harassment of the US government against Venezuelan institutions and authorities, through a wide range of pseudo-legal measures, all characterized by their unilateral character, their coercive intention and being openly in violation of the most elementary norms of the international law.

Not in accordance with this perverse practice, which generates direct consequences on the ability of the Bolivarian Republic of Venezuela to normally carry out international commercial transactions aimed at providing its population with food, medicines and basic supplies for the normal functioning of the economy and the society, now adds a campaign of discredit aimed at undermining the dignity of Venezuelan authorities, such as the inclusion of the citizen vice president of Economy and Minister of Popular Power for Industries and National Production, Tareck El Aissami on this list of “most wanted” people, allowing the serious affront to qualify this senior official of the national government as a “fugitive” from an alleged justice that the United States intends to abrogate.

By rejecting this grave accusation and ignoring any authority of the US government to carry it out, the Bolivarian Republic of Venezuela reiterates its solidarity and support for fellow Tareck El Aissami and informs that it will raise the complaint about these and other criminal actions brought forward by the United States War Administration and its lackeys, before the corresponding international instances.