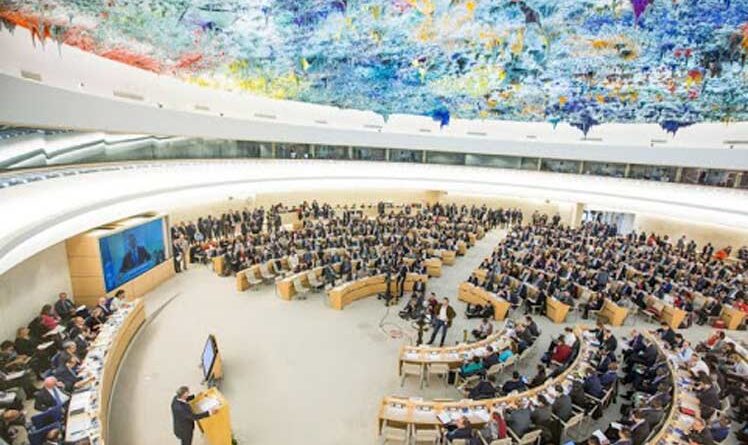 Today Cuba obtained a new and resounding victory in the UN Human Rights Council, gaining election to the body for the 2021-2023 period.

Despite the aggressive campaign by the United States against the Cuban candidacy for the Council, the General Assembly elected Cuba as a member with 170 votes out of 193 possible.

With this victory the Caribbean nation reaffirms its commitment to an international order based on inclusion, social justice, human dignity, mutual understanding, and the promotion and respect of cultural diversity, a press release from the Cuban mission to the United Nations indicated.

At the same time, this statement adds, it demolishes the current maneuvers of the United States administration, who lost ground in their slandering of Cuba’s exemplary human rights record.

“The Caribbean island will continue to defend dialogue and cooperation with its own voice, in favor of all rights for all people.”

According to a note from the Cuban Foreign Affairs Ministry, the nation presented its candidacy to the Human Rights Council, proud to be among the countries whose governments have done much to achieve the widest possible enjoyment of all human rights for all their citizens.

In this capacity Cuba presented resolutions on the right to food, cultural rights and cultural diversity, and on the effects of foreign debt on the enjoyment of human rights, in particular economic, social and cultural rights, among others.

The active participation of the largest of the Antillean isles in that body also resulted in the renewal of the mandate of the independent expert on the promotion of a democratic and equitable international order.

The United Nations Human Rights Council was established on March 15, 2006 and is currently made up of 47 UN member states, which are elected directly and secretly in the General Assembly.

As established, this body that meets at the UN office in Geneva, Switzerland, is responsible for the promotion and protection of human rights throughout the world and has the capacity to debate various interconnected issues.

Cuba is recognized as a country firmly committed to building an increasingly just society concerned with the wellness of the human being and with social justice. The country obtained the secret, direct and individual vote of 170 members of the UN General Assembly, which the island sees as “the result of respect and admiration for the humanist work of the Cuban Revolution.”

According to the Cuban Ministry of Foreign Relations, “the self-determination and resistance of the Cuban people in the face of serious obstacles and threats caused by the unilateral policy of hostility, aggression, and the economic, commercial, and financial blockade imposed by the United States, is honored in this way.

“It is also a recognition of the significant progress that Cubans have made in the enjoyment of all their rights, and of their extensive record of international cooperation in the field of human rights, demonstrating through concrete facts their unequivocal willingness to respect frank and open dialogue ”added the statement from the Ministry of Foreign Affairs.