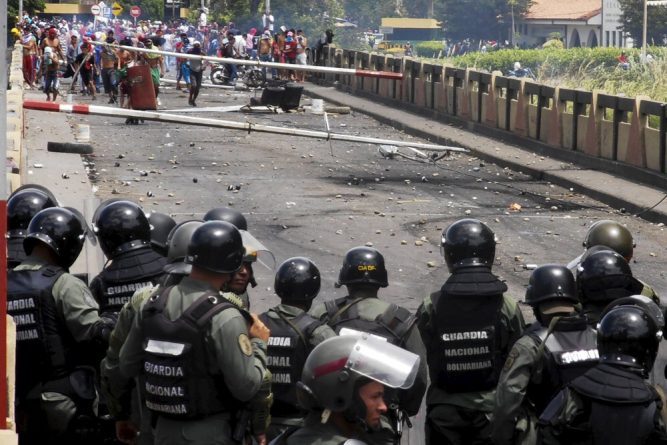 The video was recorded during yesterday  incidents in the Colombian-Venezuelan Border. To be more precise it happened on the Simon Bolívar Bridge that connects San Antonio del Tachira with Cúcuta.

Members of the Bolivarian National Guard (GNB) demanded that the Colombian National Police fulfill its responsibility to preserve peace and tranquility on the border.

Through a video made by Red Radio and broadcast by LaIguana.TV, we can observe how Venezuelan officials reiterate their commitment to defending national sovereignty and asked why the Colombian officials allow the presence of guarimberos in front of their noses .