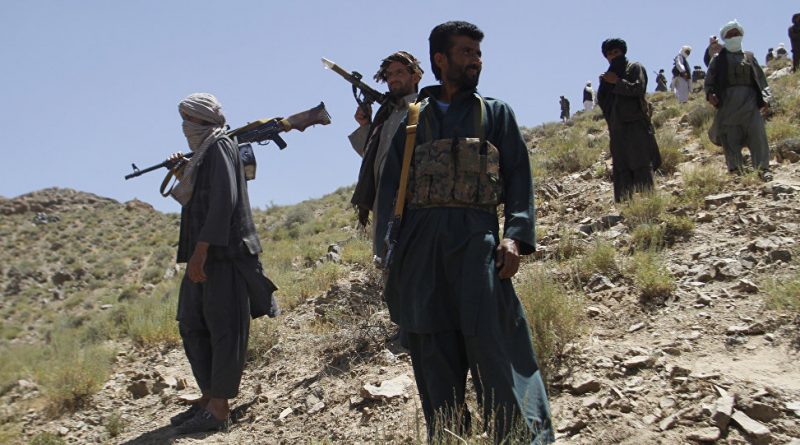 As the US and Taliban close in on a peace deal, confusion about the nature of the militant group’s relationship with the Afghan government lingers. While unnamed Taliban commanders have claimed the struggle against Kabul will continue, leading US diplomats insist that peace underlies their budding agreement.

Nine rounds of negotiations in Doha, Qatar, are close to yielding a peace agreement between US forces and the Taliban, a Sunni Islamist militant group that became Washington’s primary adversary after being thrown out of power by the US invasion of Afghanistan in October 2001. While US diplomats have insisted that their agreement with the Taliban includes a pledge to seek peaceful resolution with the Washington-allied government in Kabul, two unnamed Taliban leaders told Reuters for a Monday story that their struggle with the Afghan government would not end when the US exits the country.

A second Taliban commander also noted the coming peace deal with Washington, expected to be signed this week, would see the end of US support for Kabul.

Negotiations between the US and the Taliban began late last year and have conspicuously excluded Kabul representatives, since the Taliban regards the government of Afghan President Ashraf Ghani as an illegitimate puppet government of Washington. The US seeks an exit from the Afghan war, which will enter its 19th year this coming October. The US invaded and overthrew the Taliban as retribution for the group having provided shelter for terrorist group al-Qaeda, permitting them to train and organize for a wave of terrorist attacks against US installations around the world, culminating in the September 11, 2001, attacks that killed nearly 3,000 Americans in New York, Pennsylvania and Virginia.

Fighting has continued unabated since the talks began, however – and it’s been a deadly year. A bomb in a Kabul wedding hall earlier this month killed 63 partygoers and injured 183 – an attack claimed by Daesh, which has expanded its network in the Central Asian country in recent months.

A report published last month by the United Nations Assistance Mission in Afghanistan found the US was responsible for more civilian deaths in the country than the Taliban. At least 3,812 civilians were killed or wounded in the first half of 2019, which 52% of those deaths firmly attributable to the US and its allies, according to the report.

However, after the Reuters report was published early Monday morning, US Special Representative for Afghanistan Reconciliation Zalmay Khalilzad pushed back, tweeting that the anonymous Taliban fighters had all their information wrong and shouldn’t be listened to.

No one should be intimidated or fooled by propoganda! Let me be clear: We will defend Afghan forces now and after any agreement w/ the Talibs. All sides agree Afghanistan’s future will be determined in intra-Afghan negotiations.

​“A Reuters report quoting two unnamed Talib commanders alleges we will cease support of the Afghan forces as part of any agreement. Not true!” he wrote on Twitter Monday . “No one should be intimidated or fooled by propoganda! Let me be clear: We will defend Afghan forces now and after any agreement w/ the Talibs. All sides agree Afghanistan’s future will be determined in intra-Afghan negotiations.”

The US still has about 14,000 troops in the country, the majority of which are part of the NATO-led Resolute Support in Afghanistan mission to train, advise and assist the Afghan Armed Forces. However, about 5,000 members of that force might be on their way home soon, once the deal is signed, according to a Washington Post report earlier this month who cited anonymous US officials.

The latest report by the Special Inspector General for Afghanistan Reconstruction (SIGAR), published late last month, also noted that Afghan forces are at their lowest levels since 2015. Although the report noted that the intense fighting has been confined mostly to five provinces – Helmand, Badghis, Faryab, Herat and Farah – Resolute Support stopped reporting district control numbers to SIGAR last October, after US President Donald Trump directed them to stop publishing reports the enemy could read.

“They do a report on every single thing that’s happening, and they release it to the public,” Trump lamented in January, at his first Cabinet meeting of the year. “We’re fighting wars, and they’re doing reports and releasing it to the public? Now, the public means the enemy. The enemy reads those reports; they study every line of it. Those reports should be private reports … I don’t want it to happen anymore.”