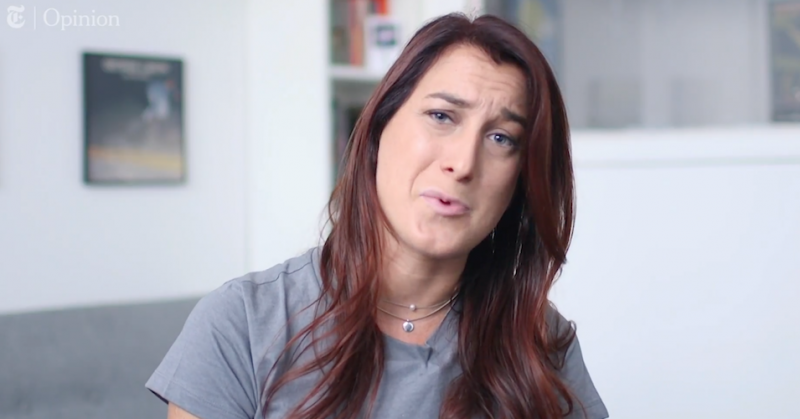 A recent video opinion piece published by The New York Times intended to drum up support for U.S. involvement in Venezuela failed to disclose the author’s ties to the opposition government, leading to criticism from progressives of the paper’s coverage.

Joanna Hausmann, a comedian who posts highly viewed articles on Venezuela on YouTube, delivered a five minute, thirteen second opinion piece at the Times Monday in which she claims that the country’s leader, President Nicolas Maduro, is a dictator and that the American left are his patsies.

“This movement is dangerously glorifying a brutal dictator and promoting inaction,” Hausmann says in the video as quirky music plays behind her. “That is the worst combination for ordinary Venezuelans.”

Hausmann also claims that the country’s economic problems are the fault of decades of socialist rule and that the path forward is a future without Maduro—it’s implied, though never outright stated, that the answer is for opposition leader Juan Guaidó to take power.

What the video and the Times did not reveal is that Hausmann’s father, Harvard University economics professor Ricardo Hausmann, currently serves as Guaidó’s envoy to the Inter-American Development Bank (IADB). It’s a position that, if Guaidó became president, would wield immense political and economic power.

That omission was a focus of criticism from progressives. The elder Hausmann’s place in the Venezuelan shadow government is a conflict that should have been made clear in his daughter’s opinion video implicitly arguing for American intervention to remove Maduro.

“[Very] cool of the NYT to not mention, you know, the fact that Joanna Hausmann’s dad is an economic adviser for Guaidó,” tweeted Think Progress reporter Rebekah Entralgo Fernández.

V cool of the NYT to not mention, you know, the fact that Joanna Hausmann’s dad is an economic adviser for Guaidó https://t.co/K8VHwBYObr

Ricardo Hausmann’s past in Venezuela should give Americans serious pause before taking him seriously, Anya Parampil argued in an early March article for Mint Press News.

Ricardo Hausmann is much more than a prominent pundit. He is one of the West’s leading neoliberal economists, who played an unsavory role during the 1980s and ’90s in devising policies that enabled the looting of Venezuela’s economy by international capital and provoked devastating social turmoil.

That translates to his daughter’s latest video, Parampil said on Twitter.

“She’s not an independent voice but rather the failchild of Guaidó advisor Ricardo Hausmann, a man who neoliberalized and destroyed [Venezuela’s] economy once before and wants to do it all over again,” Parampil said.

Parampil also had some choice words for the Times:

In a response to critics, Times video producer Adam Ellick implied that because Joanna Hausmann has a sizable social media and YouTube following, disclosing her father’s close ties to the Venezuelan opposition was unnecessary.

“We were aware of her father’s biography before publication,” Ellick said, “but Ms. Hausmann is an independent adult woman who has built a popular following on her own, by producing a portfolio of argued videos about Venezuela via her own YouTube channel.”

Observers on social media were quick to cite the Times’ codes of conduct to Ellick in response.

From the @nytimes editorial standards, which makes it pretty clear you should have vetted this with multiple editors and probably disclosed it. pic.twitter.com/BKM7l16FVq

I think this might be an answer. @aellick, have you actually followed the @nytimes editorial guidelines? Did @JBennet make the call on this? pic.twitter.com/ebF0F4sHq9

As of the this writing, Hausmann’s video remains up at the Times with no mention of her family connection to the opposition movement she’s promoting.