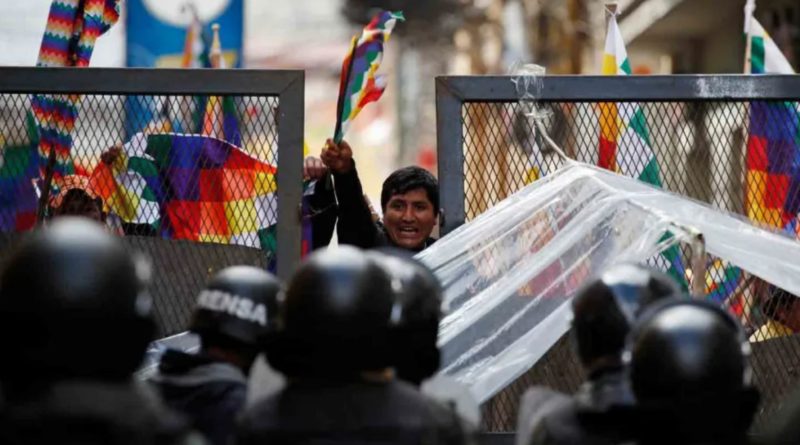 By endorsing a military coup against a democratically elected government, the Times betrayed its values and its journalists.

“When a leader resorts to brazenly abusing the power and institutions put in his care by the electorate, as President Evo Morales did in Bolivia, it is he who sheds his legitimacy, and forcing him out often becomes the only remaining option. That is what the Bolivians have done…”

No one who believes in democracy—much less the flagship newspaper of a nation that claims to be the hemisphere’s arbiter of democracy—should ever support a military coup against a democratically elected government. The military coup in Bolivia is a crime, and a serious one. It has already led to considerable repression and violence, and could possibly even lead to civil war.

And while a crime is still a crime even if there are mitigating circumstances, there were no mitigating circumstances here. In fact, Evo Morales had already accepted the demands of his political opposition and to the Organization of American States (OAS), agreeing to hold new elections under new electoral authorities. But the perpetrators of the coup did not accept these concessions and chose instead to overthrow the government.

This coup is an attempt by the rich, non-indigenous elite to take by force what they could not win at the ballot box; to overthrow Bolivia’s first indigenous president in a country that has the largest percentage of indigenous population in the hemisphere.

When the Times editorial writers refer to what “the Bolivians have done,” perhaps they are referring to the Bolivian military. It was the head of the Bolivian armed forces who called on Morales and his vice president, Alvaro Garcia Linera, to resign, which they did immediately following this demand. It was certainly not the 47 percent plurality who voted for Morales in the October 20 elections.

This military coup toppled a president who not only received the most votes of any candidate in an election just weeks ago, but whose current term of office was not due to end until January 2020. And no one has suggested that he was not fairly and democratically elected to his current term of office. Events since Morales’s coerced resignation make the nature of the coup even clearer. Riot police prevented legislators from Morales’s MAS party from entering Congress. Even the head of the Senate, Adriana Salvatierra, was forbidden from entering Congress on the day Senator Jeanine Anez declared herself president. Morales supporters are being violently attacked by police, with reports of multiple deaths. These events should come as no surprise. The editorial board’s opinion piece is an affront to Bolivia’s fragile democracy and offers Bolivia’s new unelected de facto rulers much-sought-after international public support.

The editorial states: “After the Organization of American States declared on Sunday that there was ‘clear manipulation’ of the voting in October, Mr. Morales was left with no choice but to resign.”

The statements of the OAS compelled no such action; in fact, the OAS’s own behavior in this episode was a major part of the problem. Without providing any evidence whatsoever, it cast aspersions on the validity of the election results just hours after the polls had closed, and while the official results were still be being tabulated. In doing so, the OAS played a central role in constructing a narrative that suggested the elections lacked validity because of some kind of fraud. They pointed to an alleged suspicious halt in the results, after which the OAS statement claimed, falsely, that there was a “drastic and hard-to-explain change in the trend of the preliminary results.” The OAS offered no evidence to support this statement, and still has not, because there is no such evidence. In fact, the vote tally sheets, which Bolivia’s electoral authority posted online for anyone to access, show a consistent, clear and gradual trend of Morales’s lead increasing as more votes were reported. The reason is simple and obvious from the publicly available data: areas that reported later—in particular those that are more rural and/or poorer—are on average much more pro-Morales than the general electorate.

To imply strongly and repeatedly that there is something wrong with the Bolivian vote count because Evo Morales’s lead increased as later reporting votes came in is a serious misrepresentation. In fact, the data show that this is exactly what would be expected to happen. The New York Times editorial board should look at this publicly available data before accepting such demonstrably false claims. The fact that the OAS, which, like everyone else, has access to the election results, demonstrably misrepresented the vote count in this way, raises serious questions about its role as a neutral election monitor. (The OAS, under US pressure, has abused its authority as an election monitor in the past.)

Elections aside, Morales is the sitting president until January 2020. An interruption of his current elected term, the validity of which has never been disputed, is a constitutional interruption and a damaging blow to Bolivian democracy. Furthermore, this blow arrives at a crucial moment, as Morales represented a high watermark in Bolivia’s tortured struggle for democracy. There is no legal, ethical, or political basis for cutting Morales’s term short.

Morales’s ouster represents a rolling back of a democratic advance, which allowed indigenous Bolivians to increase their income and the political participation from which they were previously excluded. Indeed, the coup has been accompanied by, and emboldened by, hate crimes against indigenous Bolivians and racist rhetoric against Morales. Burnings of the indigenous Wiphala flag have, sadly, become emblematic of the current conflict. Morales’s watershed election, and the reforms he implemented, including to expand democratic inclusion, are in important ways reminiscent of Nelson Mandela and the end of apartheid in South Africa.

The Morales administration had also been successful in terms of poverty reduction, land redistribution, public investment, and social inclusion. Under Morales, Bolivia’s poverty rate was reduced by over 40 percent, and extreme poverty by over 60 percent. Public spending was greatly expanded for health, education, and pensions, and the minimum wage significantly boosted. In a country where some 70 percent of land was owned by just 400 families in 2006 when Morales took office (some of the same families who would later support a violent secessionist movement in 2008), 935,000 new land titles were issued under Morales. If the right-wing forces that led this coup consolidate power, we can expect many of these gains to be lost.

It is understandable that the Trump administration would support this coup, since it has supported other right-wing, antidemocratic, and racist movements and governments throughout the world. But these are not the values nor ethics of The New York Times or its journalists. The editorial board should retract this declaration of support for the coup, and instead support democracy, the rule of law, and civil and human rights in Bolivia. The voice of the Times will be important in the coming days, weeks, and months as the coup regime attempts to consolidate itself, as political persecution continues, and violent and racist reprisals are carried out against the Bolivian population.

EDITOR’S NOTE: This article, prompted by an editorial in The New York Times, was drafted by Greg Grandin and signed by 300 other scholars. A complete list of the signers is available in English here, and in Spanish here. 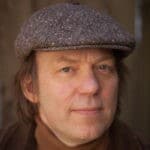