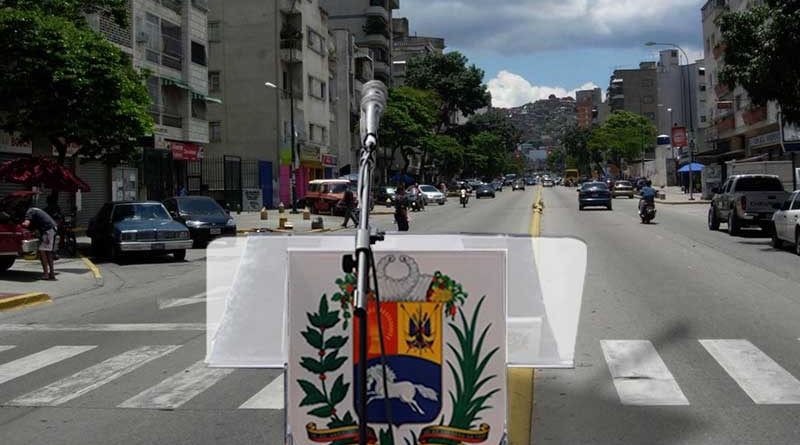 Guaidó did not come to his anniversary party. Such a day as today, one year ago, he swore himself in. It was expected that January 23 would be considered again the day of freedom, the end of the dictatorship, but no one really celebrated anything. Not a candle, not a piñata. No one remembered it. No one called to congratulate him. No one came to the party. The podium was empty, without the birthday boy, without the masses. No one knew about the party or maybe they preferred not to come?

In any case, Guaidó abandoned the masses to their fate and went on tour to see if he succeeds in anything else: an aircraft carrier, missiles, or marines. So far he did not get anything despite being in Davos, a few meters from Trump, but he did not meet with him. What can you expect from a leader who prefers not to commemorate his historical dates? What will the people who believed this simulation be thinking? And poor Edgard Ramírez (a Venezuelan actor) who cried in front of everyone when he, from Atlanta, achieved freedom.

Everything is diluted. Everything dispersed. His only bet is the typical US invasion. But Trump does not seem willing to go with it, and the country’s future has remained solely in the hands of Chavismo. Another great historical error of the opposition. Another hoax to his people and to the country.