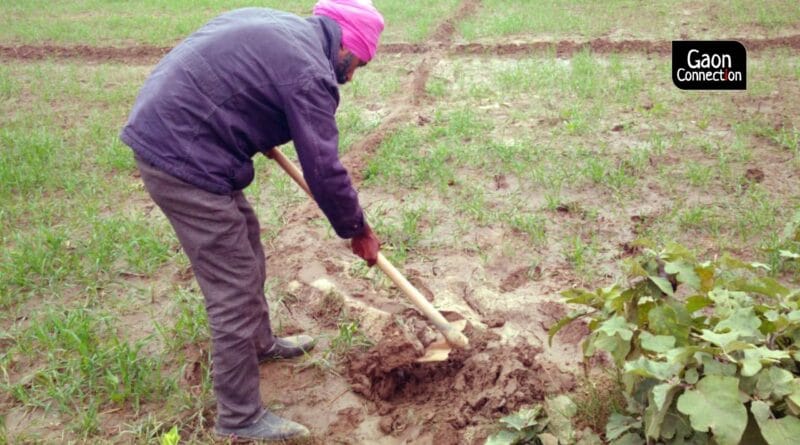 The Mazhabi or Ramdasia, the Dalit communities of Punjab, form 32% of the state’s population but barely own 3% land. But despite discrimination and differences with the landed farmers back home, they have joined the protest against the new agri laws, as they fear a drop in demand for farm labourforce and in their wages.

Fifty-three-year old Harpal Singh Palla resides in Balad Kalan village in Punjab’s Sangrur district. Palla is landless. He belongs to the Mazhabi or Ramdasia caste, the name locally given to the Dalit community in the state, which forms 32 per cent of Punjab’s total population. In spite of such a large share in the population, Mazhabi barely own three per cent land in the state.

But their landless stature has not stopped villagers like Palla, who work as khet mazdoors (farm labourers) and are the backbone of Punjab’s agri-economy, to protest against the central government’s new farm laws. For over two weeks now, Palla has been at Singhu, on the outskirts of Delhi, protesting alongside tens and thousands of farmers as they demand the repeal of the contentious farm laws.

“We farm labourers will be as devastated as the land-owning farmers if these laws are implemented. It is a gross misconception that the new farm laws will only affect farmers who own land,” he told Gaon Connection.

As per the 2011 census, there were 1.1 million labour workforce in Punjab of which roughly half were engaged as farm labourers. “Majority of them belong to the Mazhabi or Ramdasia communities, the Dalits amongst the Sikhs who often faced discrimination,” Mukesh Malaudh, state chief of Sangrur-based Zamin Prapti Sangharsh Committee (an association that represents the Dalits) told Gaon Connection.

There is a looming fear that the three agri-laws will bring about the end of minimum support price (MSP), abolish the mandis/APMCs (Agricultural Produce Market Committee) and throw open the agriculture sector to exploitation by the corporates and contract farming. The agriculture labourers especially, fear that if the farmers are adversely affected by the agri-laws they would be impacted too.

The Dalit landless farm labourers of Punjab feel that if the landed farmers do not get paid assured returns for their crops under the MSP and find themselves at the mercy of the big corporates, the labourers would suffer the consequences too.

“Our already precarious existence and meagre incomes will go down further if the big corporates stepped into agriculture, as the new farm acts would enable them to,” worried Palla who earns a daily wage of about Rs 350 a day. Four other of his family members are also engaged in farm labour, and if farm jobs go down, they will be in grief, he said.

Like Palla, 39-year-old Jaswant Singh, another khet mazdoor from Kheri Kalan village in Sangrur district, told Gaon Connection that he barely manages to feed his family — three children, a wife and old mother — with his current earnings as a daily wage farm labourer. Sometimes he works in a brick kiln to earn extra income. “Imagine my suffering if there is no labour job in the fields of Punjab. Migrating to cities has its own set of problems,” he added.

According to Jasbir Singh, a mazdoor leader from Pidda village in Taran Taran district, the labourers and landed farmers depend on each other in a rural economy. “If one will suffer, the other side will automatically feel the heat. That is the reason, we are there too in this agitation,” he told Gaon Connection.

In October, 2020, a Gaon Connection’s survey, titled The Rural Report 2: The Indian Farmer’s Perception of the New Agri Laws, had revealed that of the 5,022 respondent farmers surveyed from five zones of the country, 57 per cent feared they would be forced to sell their crop at a lower price in the open market, while 33 per cent of farmers feared the government would end the MSP.

Tarsem Peter, president of the Jalandhar-based Punjab Pendu Mazdoor Union, told Gaon Connection that if the corporates entered into agriculture through contract farming, in time, modern farm machines would replace manual labour in the fields, and that would spell the end of the agriculture labour workforce. One of the three new central laws — The Farmers (Empowerment and Protection) Agreement of Price Assurance and Farm Services Act, 2020 — gives farmers the right to enter into a contract with agribusiness firms, processors, wholesalers, exporters or large retailers for the sale of future farming produce at a pre-agreed price.

These daily wage labourers not only work in the farms, but are employed in great numbers at the APMCs to clean, sort, load and unload grains at the mandis. If the mandi system and the APMCs disappear, what will happen to these farm labourers, Peter asked.

A 2020 study conducted by Sukhpal Singh professor at Punjab Agriculture University, Ludhiana, and Shruti Bhogal, researcher, Centre for International Projects Trust, New Delhi, based on a survey of 100 households of rural Ludhiana by the Ludhiana-based Punjab Agriculture University titled Punjab’s Agricultural Labourers in Transition-A Longitudinal Study of Three Decades found that in 1987-88, out of the 100 surveyed rural households, 88 were engaged in solely agricultural labour and 12 were in mixed labour (agriculture and non-farm). But after three decades, only seven households were engaged in agricultural labour and those engaged in mixed labour increased from 12 to 37 households. The rest (57 households) shifted to solely non-farm works.

RELATED CONTENT: Venezuela is Open to the Future and we Want India to be Part of our Future: Envoy

“With the new laws, the government will sooner or later phase out its current practice of procuring farm produce at the minimum support price in market yards or mandis, affecting both farmers and farm labourers,” Satnam Singh Pannu, president, Kisan Khet Mazdoor Union in Amritsar, told Gaon Connection. Kisan Khet Mazdoor Union translated copies of the new agri acts and circulated thousands of those to its members.

Pannu feared that when the government-assured procurement would weaken, it would have a ripple effect and double the struggle of the farm labourers forcing them to migrate in order to survive. “We can well imagine how the entire rural economy will alter for the worse with the entry of corporates into villages,” he said.

“The three farm laws will not just ruin the farming community; these will snatch bread from the hands of the labourers as well,” Lakhvir Longowal, state general secretary of the Bathinda-based Krantikari Pendu Mazdoor Union, told Gaon Connection. He branded contract farming as anti-farmer and anti-labour class. “And that is why we are equally part of the protest in Delhi, and we shall continue to be until this issue reaches its logical conclusion,” he said.

No respite for the Punjab Dalits

As per the 2011 census, 32 per cent of the population of Punjab was from the Dalit community. “It makes Punjab the state with the highest number of Dalits, and a majority of them live in rural Punjab,” Manjit Singh, former director of Dr Ambedkar Chair at Chandigarh’ Panjab University, informed Gaon Connection. “Most of the Dalits were uneducated, and did not get land allotments during British era or post-independence land reforms,” he said, adding that less than three per cent of the land holdings are the Dalits’ in Punjab.

“Sikhism as a religion was a great social and economic reform movement that attracted a sizable chunk of untouchables from Hinduism,” he said. But, their mere entry into Sikhism could not end the social discrimination against them.

In Punjab, caste remains a reality even as Sikh Gurus denounced casteism and popularised concepts of langar and seva.

There are several places in Jalandhar, Sangrur, Mansa in Doaba and Malwa region where Dalits were forced to have separate gurdwaras and even separate cremation grounds. This has resulted in labels like jattan da gurdwara or mazbhi singhaan da gurdwara.

The subtle differences can be seen at the protests too. Despite the common aims and objectives, the two protest sites at Singhu and Tikri are not quite the same. “The protest site at the Singhu border has farmers from Doaba, Majha and the affluent GT road belt of Haryana,” Hardeshwar Singh, a history professor from Chandigarh who is keeping a close eye on the protests, told Gaon Connection. According to him the langars here were more lavish, the tractors bigger and the Sikh symbols and imagery more pronounced.

On the other hand,Tikri has farmers from south Malwa and the less affluent parts of interior Haryana. Here the tractors are smaller and the langars humbler. “One can also see women and Haryanvis in much larger numbers at Tikri compared to Singhu,” he added.

Meanwhile, the conflicts between the landless Dalit communities and the ‘upper caste’ Sikhs continue in Punjab. In its Malwa region, landless Mazhabi Dalit labourers continue to wage war against ‘upper caste’ farmers for not allowing them right over shamlat (village common land that comes under the panchayats), 33 per cent of which was reserved for Dalit communities by the Punjab Village Common Lands (Regulation) Rules, 1964. But a recent amendment to the rule allows the respective panchayats to lease the land for setting up micro-industries on them.

In May this year when Dalit labourers demanded higher wages for paddy transplantation to stay afloat during the economic crisis prompted by the COVID-19 lockdown, several panchayats passed resolutions to keep labour costs low.

However, despite discrimination and differences, the farm labour organisations are sending their jathas to Delhi daily. “The labourers have to work every day to sustain themselves and their families, but batches of them take turns to be present at the protest site. This Delhi protest is very much a farmer-labourer movement,” declared Malaudh. “To see it alone as farmers protest will be injustice to the contribution and role of farm labourers in the agriculture economy,” he added.

Featured image:  Jaswant Singh, dalit mazdoor from Kheri Kalan in Sangrur district while working in the field. Photo: By arrangement