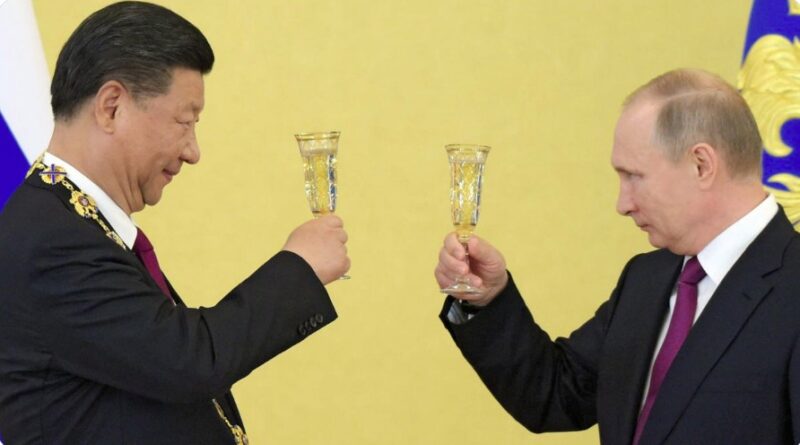 After more than four years of Russiagate we finally learn [paywalled original] where the Steele dossier allegations about nefarious relations between Trump and Russia came from:

In 2016, Ms. Galkina was working in Cyprus at an affiliate of XBT Holding SA, a web-services company best known for its Webzilla internet hosting unit. XBT is owned by Russian internet entrepreneur Aleksej Gubarev.

That summer, she received a request from an employee of Mr. Steele to help unearth potentially compromising information on then-presidential candidate Donald Trump ’s links to Russia, according to people familiar with the matter. Ms. Galkina was friends with the employee, Igor Danchenko, since their school days in Perm, a Russian provincial city near the Ural mountains.

Ms. Galkina often came drunk to work and eventually got fired by her company. She took revenge by alleging that the company and its owner Gubarev were involved in the alleged hacking of the Democratic National Committee. A bunch of other false allegations in the dossier were equally based on Ms. Galkina’s fantasies.

So the Steele Dossier that kicked off 4 years of Russiagate hysteria among the US ruling class was cooked up by two Russian alcoholics from Perm. “Gogolesque” does not begin to describe the grotesque credulity & stupidity of the American elites.

The tales in the dossier were real disinformation from Russians but not ‘Russian disinformation‘ of the American Newspeak variant.

The FBI, and others involved, knew very early on that the Steele dossier was a bunch of lies. But the issue was kept in the public eyes by continues leaks of additional nonsense. All this was to press Trump to take more and more anti-Russian measures which he did with unprecedented generosity. The accusations about a Trump-Russia connection were the ‘Russia bad’ narrative that pressed and allowed Trump to continue the anti-Russian policies of the Obama/Biden administration.

A similar string of continuous policies from the Obama/Biden administration’s ‘Pivot to Asia’ and throughout the four years of Trump is the anti-China campaign.

We now hear a lot about Hunter and Joe Biden’s corrupt deals with Chinese entities. These accusations come with more evidence and are far more plausible than the stupid Steele dossier claims. Their importance is again twofold. They will be used to press a potential President Joe Biden to act against China but they will primarily be used to intensify a public anti-China narrative that creates public support for such policies.

As Caitlin Johnstone points out:

Russiagate was never really about Trump. It was never about his campaign staff meeting with Russians, it was never about a pee tape, it was never about an investigation into any kind of hidden loyalties to the Kremlin. Russiagate was about narrative managing the United States into a new cold war with Russia with the ultimate target being its far more powerful ally China, and ensuring that Trump played along with that agenda.
…
If Biden gets in we can expect the same thing: a president who advances escalations against both Russia and China while being accused of the other party of being soft on China. Both parties will have their foot on the gas toward brinkmanship with a nuclear-armed nation, with no one’s foot anywhere near the brakes.

It is thus assured that the verbal attacks on China, the search for new anti-China allies like the Hindu-fascist India and the dangerous weaponizing of Taiwan will all continue under a Biden administration.