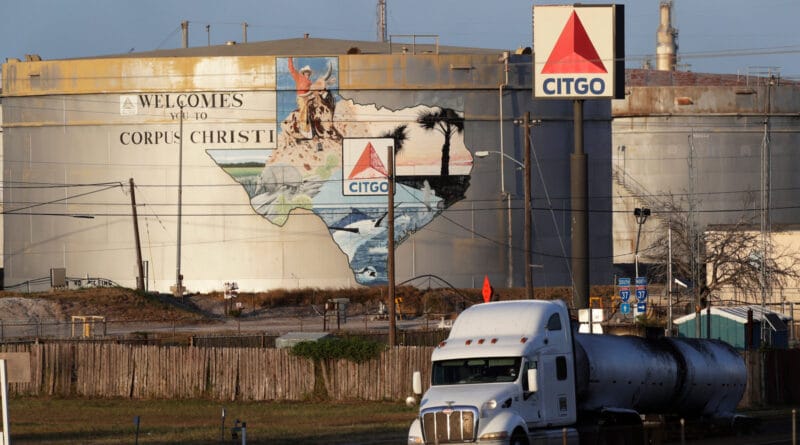 A New York court confirmed the legality of PDVSA 2020 bonds and dismissed discussion about their legitimacy in Venezuela, because the issuance of this debt is governed by New York law. To substantiate her sentence, Judge Katherine Polk cited the former Guaidó Attorney José Ignacio Hernández when she stated that the National Assembly (AN) did not declare the bond invalid. In 2016, the AN only rejected the use of CITGO as guarantee of PDVSA 2020 bonds, but did not declare the nullity of the operation. Later, this same NA authorized the payment of $71 million in past due interest, recognizing de facto the legality of the debt.

If in September 2016 the AN had declared the operation illegal, the country would not be about to lose CITGO, a conglomerate of refineries in the US that has a refining capacity of 745,000 b/d, 3,500 employees operating 48 terminals, nine oil pipelines and a network of 5,000 gas stations, whose value is estimated at $8 billion, reasons why PDVSA’s creditors have set it in the sights for collecting—from CITGO shares—what Venezuela owes them.

On the one hand, there are the holders of the PDVSA 2020 Bond who are owed $1.7 billion, and were offered as collateral 50.1% of the shares of PDV Holding, owner of CITGO. But there is also Crystallex, the Canadian miner that is claiming compensation of $1.4 billion for the expropriation of the Las Cristinas gold mine.

RELATED CONTENT: Latest News on CITGO in the Face of the Disaster Left by Guaidó and Co.

Let us remember that in the United States, Guaidó’s lawyers are the only ones who can act on behalf of the Republic of Venezuela because the White House recognizes him as interim President. Guaidó’s Special Prosecutor’s Office filed a demand for the nullity of the bonds that was rejected, and Judge Polk imposed payment of the legal costs incurred by the creditors when making such a demand on the ad hoc PDVSA board appointed by Guaidó.

All this reveals the mistake of acting in the US court of appeals according to the Venezuelan legal framework, forgetting that the issuance of these bonds was made based on New York law. On the other hand, the previous decision of the Supreme Court of Justice that rejected the appeal requested by the Guaidó prosecutor, and ratified the Federal Court ruling, was the direct consequence of the inability of Maduro and Guaidó’s lawyers to agree on a common strategy in defense of PDVSA and Venezuela’s assets abroad.

Why did Juan Guaidó, in his capacity as president of the AN, not process the annulment of this obligation before the parliament was divided? Why did the Maduro and Guaidó officials, instead of agreeing on a cohesive criteria in defense of the national interest, contradict themselves before the court? Who pays the costs of a lawsuit that was better not to be initiated? Who now responds for the damages that were caused to the assets of the Bolivarian Republic of Venezuela and the patrimony of the nation?

Ironically, CITGO is protected by Executive Order 13884, which prevents the seizure of any Venezuelan assets without authorization from OFAC. As this Order prevents the transfer of Venezuelan assets in the United States, neither the 2020 Bond holders nor Crystallex will be able to collect the compensation they claim from the auction of CITGO shares while the Executive Order is in force. The only way to auction the shares is for the bondholders or Crystallex to get special permission from the US Treasury Department.

The lawyers of the creditors and companies that have accounts receivable from PDVSA and the Republic of Venezuela argue that a decision of the Judicial Power, taken by a Federal Court and ratified by the Supreme Court, cannot be violated by an administrative order adopted by a dependency of the Executive Branch such as OFAC. Within the framework of this tension between US Executive and Judicial powers, Judge Stark declared at that time that “no order or regulation of the executive power prohibits this court from advancing in its determination of how the shares will be sold.” This position now gains strength with the decision of Judge Katherine Polk.

This means that the Executive Order does not guarantee that CITGO will not be auctioned. The sale of the shares will be made when the sanctions are lifted, or when the OFAC grants a license to auction them off and pay what PDVSA and Venezuela are being charged. Given the conflict between the Executive and Judicial powers of the United States over the CITGO case, it is likely that the pressures represented by North American interests will finally be imposed and that OFAC will finally grant the license to auction the refinery’s shares.

The truth is that the execution of CITGO has entered a countdown and Maduro and Guaidó have done nothing effective to prevent it. If they don’t agree, Venezuela will lose CITGO when OFAC grants the license for the shares to be auctioned. Government and Opposition are called upon to agree on a common strategy to save CITGO. For some time now, it has been proposed to urgently request the UN for a Resolution to protect the assets of the country, going through a serious humanitarian crisis, from predation by creditors.

There is a precedent with Iraq. After the overthrow of Saddam Hussein, the Security Council passed Resolution 1483 to protect the assets that Iraq would need for its reconstruction. However, with the latest decisions of the US courts, it seems that it is too late to promote a similar resolution at the UN.

If the auction of CITGO shares takes place, this would be an unfortunate outcome for the national interest since Venezuela would lose an important asset needed for the reconstruction of the country. And this would be the responsibility of the Venezuelan political elites who were unable to agree to protect the assets of PDVSA and the Republic abroad.