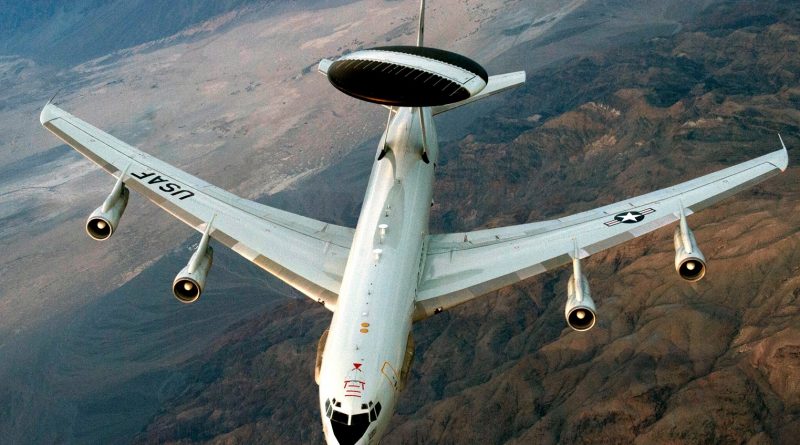 So far this year, the United States has used four different types of aircraft (EP-3; RC-135; EP-3E ARIES II and the E-3G Sentry aircraft) to perform surveillance and espionage against Venezuela.

This Tuesday, again, an American spy plane was detected in the air traffic region administered by Venezuela. It was an RC135 aircraft, which has been detected before, illegally and irresponsibly exercising strategic surveillance.

According to the radar of the Integral Aerospace Defense Command (Codai), the US spy plane entered the Flight Information Region (FIR) of Maiquetía on Tuesday at 1:55 p.m. and did not respond to any of the communications made by Air traffic services and retired at 15:15.

The RC135 of the United States Air Force is an aircraft for strategic intelligence and espionage and according to Codai, in 2019 it has been detected several times carrying out missions a few miles from our coasts, threatening our security and our sovereignty.

Aircraft Spots, a Twitter account specializing in monitoring military air movements, defines the Boeing RC-135 as a reconnaissance aircraft manufactured by the American company Boeing. “It is used to collect information in flight within the area where it is deployed, and provide it almost in real time for its collection, analysis and dissemination, thanks to its multiple antennas and sensors installed along the fuselage.”

In March of this year an RC135 departed from San Juan, Puerto Rico, with the objective of developing reconnaissance work on the Venezuelan coast and was reported.

The protocols of the air issued by the International Civil Aviation Organization (ICAO), require reporting and coordination with the authorities of the Air Traffic Service (ATS) so as not to jeopardize air traffic in any FIR.

Another American aircraft that is frequently used to carry out espionage and intelligence work on the coasts of Venezuela is the EP-3, which are airplanes for the recognition of signal intelligence, equipped with receivers and parabolics, having a cost of 36 million dollars, and they are used for secret missions “in high-threat areas with long-range confrontation.”

It was precisely an EP-3 that caused an incident between Venezuela and the United States last July, since when it was detected in Venezuelan airspace, two Suhkoi from the FANB prompted it to leave the zone and the next day, States United complained and accused the FANB of “aggressively intercepting the spy plane.” However, a day later it was detected again.

“That aircraft with radioelectronic exploration features was repelled. The United States must respect international standards and cease its provocations, “said Venezuelan Defense Minister Vladimir Padrino López on that occasion.

RELATED CONTENT: Venezuela has Detected More Than 54 US Spy Planes in the Last 30 Days

It is good to point out that the presence of these spy aircraft is not always a pass through the Fly Information Region (FIR), but sometimes, they have remained up to two and three hours inside our airspace.

Between the months of May, June and July of this year, this P3 aircraft made 23 overflights in which there were more than 50 incidents and possible violations of the FIR regulations and the country’s own sovereignty.

Another of the US aircraft used for espionage and intelligence in Venezuela is the EP-3E ARIES II, which is a four-engine, low-wing, intelligence and electronic warfare aircraft that uses state-of-the-art equipment to enter and interfere with systems of communications. It is used to carry out radioelectronic exploration missions.

In 2019 it has been detected on many occasions near the coasts of Venezuela.

The last incursion of this aircraft on the coasts of Venezuela was at the end of July, thanks to the high technology radar systems used by Codai, the aircraft was detected north of Falcón state, when it passed from the Curacao FIR to the Maiquetía FIR.

On that occasion there was no response and they stayed in the area for three hours 10 minutes, at a distance of 60 nautical miles from La Orchila island.

Last July, the presence in Curacao of an E-3G Sentry (Sentinel) aircraft of the US Air Force also caught the attention of Venezuelan intelligence.

This aircraft, developed from the Boeing 707, operates as a mobile radar and its acronym Awacs means early warning and airborne control.

The US consulate on the island explained that the Awacs mobilization was part of an operation against drug trafficking in the Caribbean Sea, coordinated between the Kingdom of the Netherlands and the US.

Curacao is located just 50 miles from Venezuelan territory and is used as the base of operations of an eventual air offensive against Venezuela.