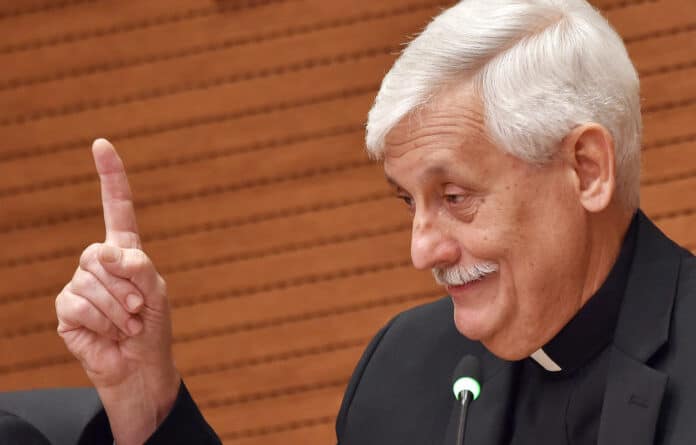 The world head of the Jesuits is Venezuelan, and in addition to handling the affairs of God, he often stirs up controversy in earthly affairs. His name is Arturo Sosa, and in spite of his appearance as a wise man calmed by spiritual reflections, he has a taste for political intrigue.

Recently Sosa was quoted as saying that “Venezuela is a dictatorship and President Maduro is the head of that regime.”

This Sunday, the president answered to the priest’s statements but without mentioning him by name, commenting that he would soon publish a letter to answer those “demons in a cassock.”

“I am going to publish a very forceful letter answering the dirty and demonic attacks of some people,” said Nicolás Maduro.

Maduro did not need to specify for everyone to surmise that he was referring to Arturo Sosa, the black pope of the Jesuits, the perpetual head of a religious congregation who accuses President Maduro, elected by popular vote in several elections, of being a tyrant.

A few shots at the opposition
Though he reserved his harshest words for the national president, Sosa also criticized Venezuela’s opposition, which he accused of having wasted numerous opportunities.

“I think for example of the parliamentary elections of 2015 and this past one, in which the opposition did not show up—two opportunities in which something else could have been done, politically more effective, even if the elections were not won in terms of an absolute majority,” said the world head of the Jesuits. “But the opportunity to show that this was the route was lost. Because one does not go to the elections only when one wins, one goes to the elections because it is a forum in which there is the possibility, among other things, to connect with the population, to make proposals, to define the forces at stake, and those opportunities were lost. And opportunities for negotiation have also been lost.”

Sosa pointed out that within the opposition there is an absolute “lack of clarity,” and a fragmentation that has led to the squandering of great opportunities.

Marked by such efficiency at making the wrong decisions, of ignoring its best options, and success in failing so consistently, he said that the opposition’s performance does not seem to indicate a chain of defeats marked by bad luck, but a political class that has set out to lose according to an “order of operations.”