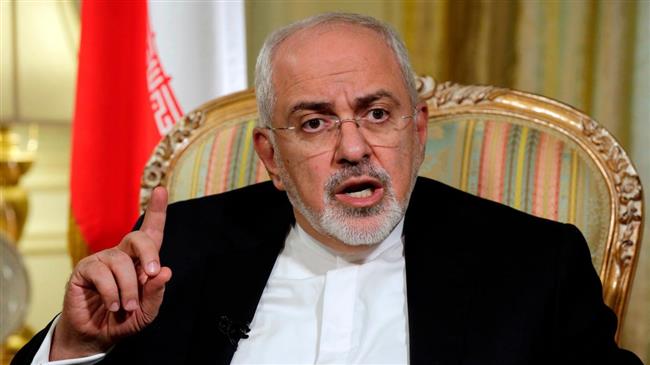 October 8, 2020.-  Iranian Foreign Minister Mohammad Javad Zarif expresses certainty after a frenzy of US sanctions target Iran’s banking sector that those starring in the leading and support roles of the inhumane anti-Iran show will eventually face justice.

“Amid Covid-19 pandemic, US regime wants to blow up our remaining channels to pay for food & medicine,” Zarif tweeted on Thursday right after the United States Treasury Department levied the bans against as many as 18 Iranian banks. “Conspiring to starve a population is a crime against humanity,” he lamented.

The foreign minister, however, pledged that “Iranians WILL survive this latest of cruelties,” adding, “Culprits & enablers—who block our money—WILL face justice.”

Amid Covid19 pandemic, U.S. regime wants to blow up our remaining channels to pay for food & medicine.

Iranians WILL survive this latest of cruelties.

But conspiring to starve a population is a crime against humanity. Culprits & enablers—who block our money—WILL face justice. pic.twitter.com/n0fnXPNik8

The Treasury’s Office of Foreign Assets Control (OFAC) specified two of the targets as Iran’s Bank Maskan, and Bank Keshavarzi. The former is relied on by the biggest part of the country’s 80-million-strong population for loans assisting them to buy houses, while the latter has the biggest stakes countrywide in the agricultural sector.

Bank Refah Kargaran that is favored by the country’s laborers and technical workers, Bank Gharzolhasaneh Resalat that is reputed for its small and low-interest loans, and entrepreneurship-focused Karafarin Bank were three others of the financial institutions.

The OFAC alleged that the relatively across-the-board measure was in line with the US’ general policy of targeting the Iranian entities that “may” be used to support Iran’s nuclear program, missile program or, what it called, its “terrorist” activities and “malign regional influence.”

Washington and its closest regional allies, Israel and Saudi Arabia, have been trying unsuccessfully for more than a decade to incriminate Iran’s nuclear energy program. The campaign has been negated by successive reports of the UN nuclear agency that have verified the peaceful nature of the Islamic Republic’s nuclear work.

After suffering the failure, the allies and their friendly states began singling out Iran’s missile work that the Islamic Republic has vowed would never compromise given its being part of the country’s defensive might.

The dual push has coincided with the US and others’ incessant claims that Iran either engages in or supports “terrorist” activities throughout the region. The accusation pertains to Tehran’s backing of regional states and resistance movements’ confrontation against the occupying Israeli regime and Takfiri terrorist activities that Washington and its likeminded countries are blamed for creating and supporting.

The Treasury Department, meanwhile, alleged that it was exempting transactions in humanitarian goods such as food and medicine.

Tehran roundly refutes the claim, saying Washington has never spared the direly-needed items, although the International Court of Justice, the UN’s legal arm, has obliged it to suspend its sanctions against them.