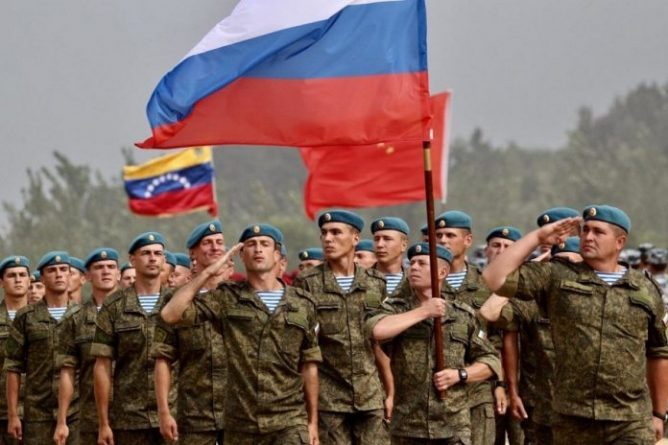 The Russian ambassador to Venezuela, Vladimir Zaemski, rejected the conjectures of the American newspaper The Wall Street Journal about the supposed withdrawal of Russian military experts from Venezuela.

On Sunday that newspaper said, citing anonymous sources, that Russia had withdrawn its key advisors from Venezuela. The information was tweeted a few hours later by Donald Trump and replicated on MSM worldwide, just after a tweet referring to “fake news”.

RELATED CONTENT: China Along with Russia Will Support Venezuela against US Aggression

“It is a new piece of news that does not correspond to reality, at all,” the ambassador stressed to Sputnik in a very diplomatic tone.

Days back the Russian Embassy reported that Russian military experts were in Venezuela to train the technical staff of that country and maintain the defense equipment provided under signed agreements.

The Wall Street Journal said Sunday in an article, citing a Russian source “close to the Ministry of Defense,” that Russia reduced Rostec’s roster of specialists from a thousand people to several dozen.

At the end of March, a group of Russian technicians arrived in Venezuela to implement agreements on military technical cooperation, the fact generated a wave of speculation and fake news almost questioning Venezuela need to improve its defensive systems after months of US threats of military invasion.

Additionally Rostec’s press service said in a statement that The Wall Street Journal had “overestimated the numbers of Rostec staff in Venezuela by several times,” and noted that the numbers had actually remained “unchanged for many years.”

“As for technical experts, they come to the country from time to time in order to repair previously delivered equipment and provide technical maintenance,” Rostec added.