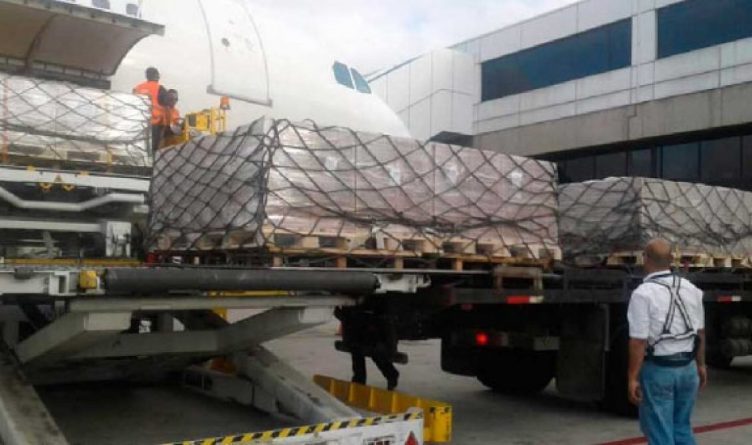 11 thousand 520 units of high flow dialyzers were delivered to Venezuela to replace the supplies that were burned during a violent attack that caused great losses in a warehouses of the Venezuelan Institute of Social Security ( IVSS), located in the Guarenas-Guatire National Highway.

Members of the Cabinet made the immediate replenishment of the treatments, responding to the instructions of the President of the Republic, Nicolás Maduro.

The deputy minister of health networks, Gerardo Briceño, was in charge of delivering the supplies to the authorities of IVSS, represented by the institute’s director of hospitals, Divis Antúnez.

The president of the Bolivarian Republic of Venezuela, Nicolás Maduro, referred to the fact this Thursday in an act of graduation of doctors from the Military Circle in Fort Tiuna, Caracas. “A group of terrorists put a bomb that caused the burning of four warehouses of the Venezuelan Institute of Social Security in Guarenas. What a pain when I left the speech and I knew we had lost more than 40 million dollars in dialysis medicines in the country and other medical equipment to install and equip several hospitals, “he said.

The President condemned this fact and informed that in the early hours of Thursday the terrorists tried to sabotage an electric plant located in Carabobo that provides energy to the center of the country. He explained that six people were arrested.

On several occasions, national authorities have denounced that sectors of the right carry out a plan to cause social unrest by damaging Venezuela’s basic services system.

The president of the IVSS, Magaly Gutiérrez, specified that the fire that occurred in Guarenas originated at the same time that Maduro’s inauguration as President began. She indicated that supplies for dialysis and equipment for hospitals such as Guanta Hospital, Anzoátegui State, San Juan de Los Morros Hospital, Guárico and a dialysis unit were lost.