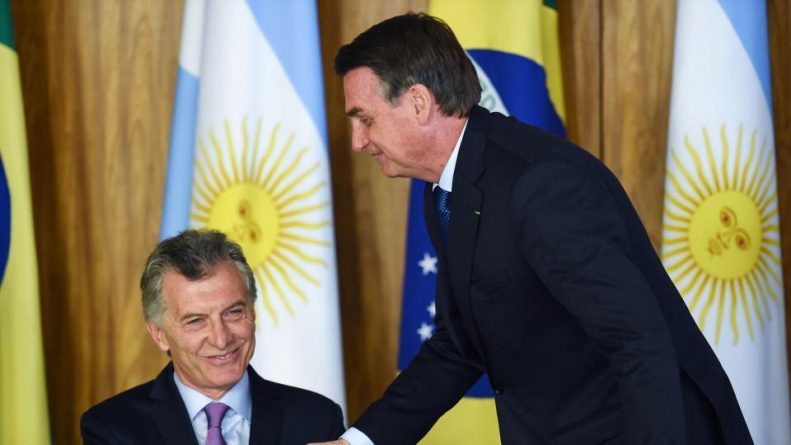 It was not possible to predict during the last decades of the 20th century what the continent would look like during the first decade of the following century. The global conservative swing has resulted in Latin America being turned into the region with most radical neoliberal governments in the world.

Chile, once the country with the least income inequality in the continent became one of the most unequal countries and Argentina has lost its self-sufficiency in fuel oils. Altogether, Latin America has lost its influence worldwide. None of its presidents were a problem for the global neoliberal order. Argentina’s Carlos Menem, Peru’s Alberto Fujimori, Venezuela’s Carlos Andres Perez, Mexico’s Carlos Salinas de Gortari, Chile’s Ricardo Lagos, Uruguay’s Julio Sanguinetti, among others, were all subordinated to policies rigidly dictated by the United States and the International Monetary Fund. Neoliberalism was spreading all over the Continent. Fiscal adjustments commanded the economy of these countries, confirming the continent’s reputation as the most unequal worldwide.

Being a privileged victim of conservative changes in the world laid the groundwork for Latin America to become the scenario for a dramatic entrance of the only anti-neoliberal governments of the first decade of the 21st century. It became a virtuous cycle of economic growth with social inclusion, unique in the world. The same way that it was not possible to see a solution for Latin America’s neoliberal traps in the nineties, it was not easy either to know why governments that were highly successful in the first decade of the 21st century would now be replaced by new neoliberal projects. The debate is now focused on whether the cycle of anti-neoliberal governments had been exhausted given the current governments in Argentina, Brazil, Ecuador, besides the difficult moments we are experiencing in Venezuela, Bolivia, and Uruguay.

A new conservative cycle of neoliberal restoration cannot stand a long life because that model has already proven that it cannot gain support among the grassroots. The Right has proven that it does not know how to renew itself and that it has no other model but neoliberalism just like before. This cycle dramatically opened with Mauricio Macri’s victory in Argentina, followed by Michel Temer in Brazil and Lenin Moreno in Ecuador, reaching its peak for a short time and then rapidly went into exhaustion and decline. Not even Jair Bolsonaro’s victory in Brazil, given the anomalous conditions in which it occurred, can manage to give a new boost to that conservative wave.

But, the same as it was in the nineties; it is not clear how this can be overcome. Not because neoliberal governments have the same support they enjoyed before -which they lack now- but for the political armor scheme they have developed. The best presidents Argentina, Brazil and Ecuador ever had, now favorite to govern those countries again, are currently being persecuted legally, politically and through the media coverage. Brazil’s Luiz Inacio Lula da Silva is in jail after being sentenced without evidence, Argentina’s Cristina Fernandez is persecuted at all flanks and Ecuador’s Rafael Correa is a political refugee in Belgium.

How can that situation be reverted if leaders are persecuted this way? How can the judicialization of politics be prevented? How can democracy be restored in those countries? How can the arrival of those types of neo liberal governments be prevented in Uruguay and Bolivia?

Possible solutions were not in the horizon at other times. In the nineties, it seemed like history was turning to a page in which the Left had been displaced. Nevertheless, we’ve found the way to face the neoliberal model, which is the established universal model in many other regions of the world.

A government like Macri’s was hastily regarded as a long-time new face of the right in Argentina. Lula and the Workers Party was rapidly thought to have been overcome in Brazil’s history. Rafael Correa was believed, hastily, to belong to the past of Ecuador’s history. However, Lula, Cristina and Correa continue leading the polls in their countries; they continue being supported by the majority in their countries. These governments last in people’s memories and very positively. Meanwhile, Macri, Temer and Moreno are rapidly vanishing without traces.

It’s up to the Left to strengthen itself through reflection and awareness about the situation in their countries. It is up to the Left to rebuild their hegemonic capacity, the same way they managed to build it early this century, but adapted to the present. That present and near future will define our situation by the end of the second decade of this century and the first half of the 21st century for our countries. We have to match up to new challenges and its circumstances, theoretically and politically.