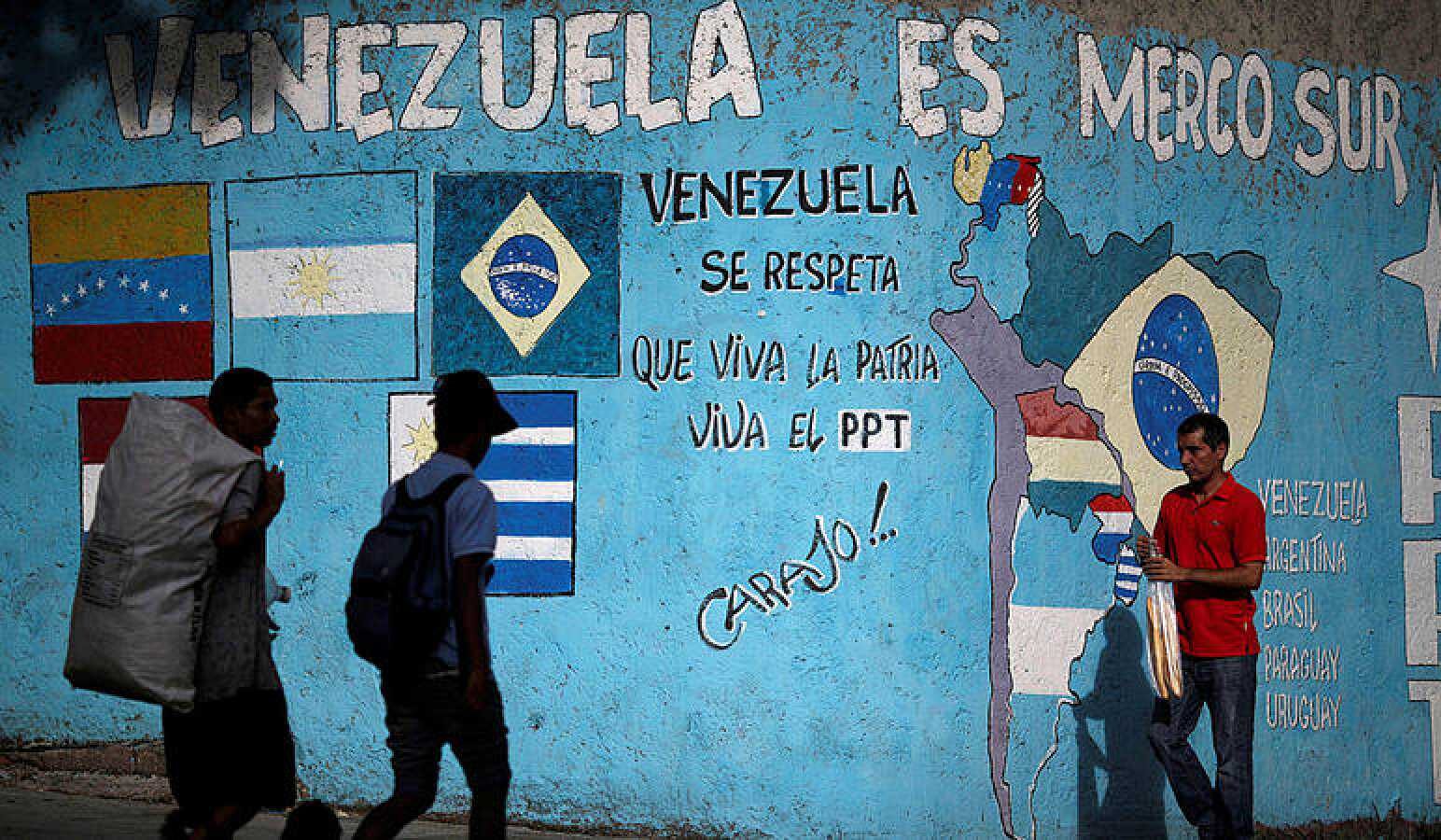 Street painting in Caracas showing a map of South America with the Mercosur countries and their flags. It reads "Venezuela is Mercosur." Photo: Reuters/Uslei Marcelino.

Argentina supports the complete readmission of Venezuela into Mercosur (the Common Market of the South), said Oscar Laborde, Argentina’s ambassador to Venezuela, on Tuesday, July 26.

“This is the time for regional unity, in this multipolar world. America has to be a pole, a pole of autonomy, of standing up to the powerful,” Laborde said in a statement reported by state-owned Venezuelan News Agency (AVN).

“Venezuela has to reintegrate fully into Mercosur, and the representatives of the Assembly must join Parlasur,” Laborde added during a speech before the Venezuelan Parliament, on the occasion of the 200th anniversary of the meeting between the Liberator Simón Bolívar and the general of the Armies of the South, the Argentinian, José de San Martín.

Ambassador Laborde denounced sectors within the region that wished to abandon the Patria Grande project, sectors that believed integration was an impossible dream. In the 2000s, after Comandante Hugo Chávez assumed the presidency, a number of leftist governments came to power in Latin America and the Caribbean, and the vigorous “no to ALCA (FTAA)” movement arose. “There was no better time in all of America during those 15 years,” said Laborde.

This was a very beneficial time for the peoples of the region, said Laborde, because with the incorporation of Venezuela to Mercosur, and with the creation of UNASUR and CELAC, “the best years in the entire history of America were experienced, growing in macroeconomic data, reducing poverty, not only increasing our pride as a Patria Grande, but also securing real benefits for the peoples.”

In addition, Laborde pointed out that the elites, in recent years, have removed presidents and staged coups. These actions must be met by the unity of the peoples, to provide continuity to the meeting between Bolívar and San Martín in 1822.

Laborde delivered his credential letters to the president of the Bolivarian Republic of Venezuela, Nicolás Maduro, on Monday during a formal ceremony at Miraflores Palace.

Venezuela has been a full member of Mercosur since 2012, but was illegally excluded in 2016 with the encouragement of the previous Argentine government of Mauricio Macri. Brazil, Argentina, Bolivia, Uruguay, and Paraguay are the other full members of the commercial bloc.