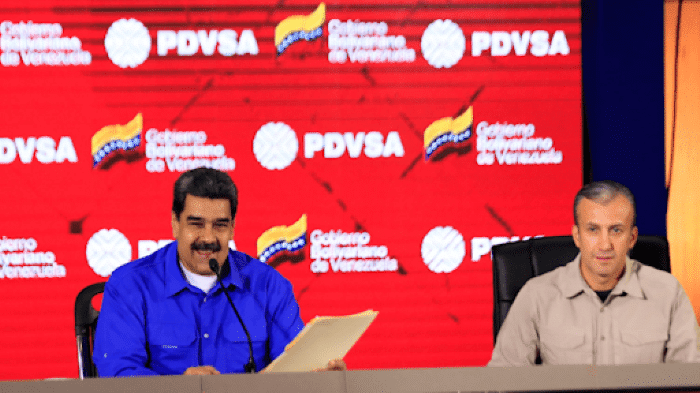 The Twitter account of the Ministry of Industries and National Production reported this Monday, April 27, the appointment of Tareck El Aissami as Minister for Oil, and Asdrúbal Chávez as president in charge of the state-owned company Petroleos de Venezuela, SA (PDVSA) , replacing Manuel Quevedo as holder of both positions.

Asdrubal Chavez is a long standing PDVSA executive and former CITGO CEO, between 2017 and 2019. Tareck El Aissami has been working as Venezuelan Minister of Industries and National Production since June 2018 but since February 2020 was also the head of a restructuring committee for the Venezuelan oil industry plagued with corruption and disrupted by US sanctions.

RELATED CONTENT: Venezuela has Only 2 New Coronavirus Cases and 137 Recovered in the Last 24 Hours

The work of the committee has been very controversial because of the initiation of criminal charges against several high-ranking oil executives but also because of the case against Alyenis Torrealba and Alfredo Chirinos, two young Chavista executives accused of treason for allegedly providing sensitive oil information to US officials.

The case of Alyenis Torrealba and Alfredo Chirinos has ignited strong criticism in grassroots Chavismo. A campaign supported by well respected Chavistas requesting due process and rule of law was launched a few days after their capture. Recently in this campaign, a highly respected Venezuelan human right activist, Dilcia Pettit, posted a video requesting President Maduro to reconsider and study the case because allegedly both executives were denouncing corruption in PDVSA before being charged with treason by the Venezuelan justice system.