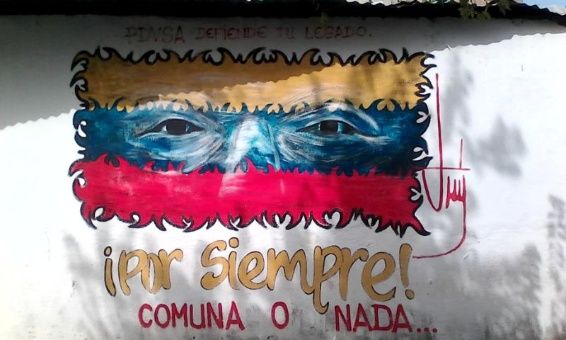 As Venezuela’s National Constituent Assembly (ANC) prepares to present its Constitutional proposals to the Venezuelan people, this would be a good time to reflect on Venezuela’s journey toward socialism.

It began with the election of Hugo Chávez Frías as President of Venezuela, as well as that of his Fifth Republic Movement (MVR) to the legislature, in 1998.

In 1999, a National Constituent Assembly was called to write a new Constitution, which Venezuelan voters approved by a wide margin: it strengthened the protection of human rights of Venezuelans, redefined the relation between the existing branches of the Venezuelan government, added new branches, made the legislature unicameral, and so on.

Immediately, President Chavez launched the Social Missions to bypass the bureaucracy of the Ministries, directly delivering social services to the Venezuelan people: a process which continues to this day.

At the 2005 World Social Forum in Sao Paulo, President Chavez criticized the limitations of the Bolivarian social project, arguing that it had yet to address relations of production: recognizing that “socialism in one country” had already resulted in bureaucratic state capitalism, Chávez instead deepened his alternative to bureaucracy by launching the Communal Councils in 2006: sites of authentic, direct, participatory, protagonist democracy.

While these Communal Councils were able to combine to launch Communes, local organs of self-government which played a leading role in the administration of the Social Missions, their relation to.the existing government structures was unclear: the failed attempt to launch a “Bolivarian Socialist Republic of Venezuela” did little to clear up the situation. The Venezuelan people rejected the proposals in 2007, leaving Venezuela where it is today: a capitalist country with a socialist government, vulnerable to internal and external threats to its democracy.

RELATED CONTENT: Venezuela’s Crisis: A View From the Communes

Now a new ANC has taken on the task of picking up where the first one left off in 1999: what is to be done?

In my view, Comandante Chávez hit the nail on the head when he charted the course to socialism via the authentic, direct, participatory, protagonist democracy of the Communal Councils and their Communes: only a National Assembly composed of their deputies, in which the Communes, like US counties or Mexican municipios, extended to the entire national territory, would be capable of navigating Venezuela toward socialism in the 21st Century.

Such a socialism, grounded in authentic, direct, participatory, protagonist democracy, would not only have the capacity to deliver the economy to the workers: it would, by challenging directly the employer-employee relation of production, deprive bureaucracy of its premise, and diminish the role of political parties, replacing their antagonism with the protagonism of the communities the deputies represent.

ALL POWER TO THE COMMUNES! ¡COMUNA O NADA!