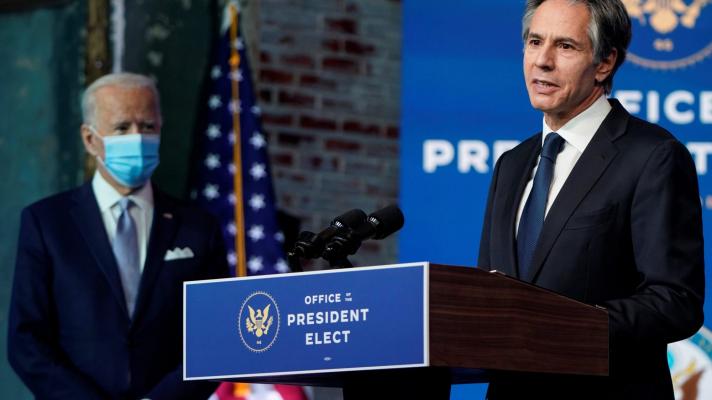 This Tuesday, President Joe Biden’s candidate to lead the Department of State, Anthony Blinken, lessened speculation regarding the United States’ foreign policy will be for Venezuela in an appearance before the Senate Foreign Relations committee.

“I agree with you in relation to the steps we have taken towards Venezuela in recent years,” Blinken responded to a question from Marco Rubio, one of the main operators in the US Congress against Cuba and Venezuela.

The Republican senator asked him if he was going to negotiate with the government of President Nicolás Maduro. Blinken’s response was negative. Instead, he agreed with the decisions made in the Trump Administration to support Guaidó, the fictitious National Assembly, and the anti-political route that the US government, together with “some allies,” have pursued to “increase the pressure” on Venezuela.

Will Blinken continue to implement the entire plan of aggression that includes economic sanctions against the Venezuelan population, attacks on basic industries, sabotage of public services, and armed incursions? The actions of the Biden government in coming years will provide us with the answer.

Blinken added that the efforts “have not achieved the results we need,” so one of the tasks he will assume, if his nomination is confirmed, will be to enter discussions with the Foreign Relations commission to determine “an effective policy that can restore democracy in Venezuela. starting with free and fair elections.”

Blinken agreed with other policies of the previous administration: “President Trump was right to take a stricter approach to China,” he told senators, qualifying the statement by adding that he disagreed on the way he had done it in various areas.

“Blinken praised other Trump initiatives during his confirmation hearing, including recognition of Israel by four Arab countries and the normalization of US-negotiated trade between Kosovo and Serbia,” adds an article in the New York Post. “He also said it was good that Trump was putting pressure on allies of NATO to increase defense spending,”

Featured image: Anthony Blinken was nominated by the President of the United States, Joe Biden, as head of the State Department. (Photo: Reuters.)