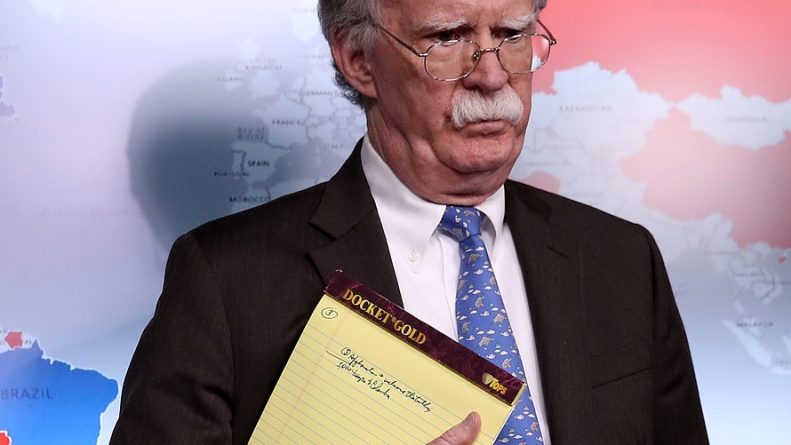 The US urges the Venezuelan Armed Forces to betray Maduro’s government and to ally with the coup-makers who seek power in the South American country.

The National Security Adviser of the United States, John Bolton, has demanded this Monday the Venezuelan military to stop supporting the legitimate Government of President Nicolás Maduro and support the coup leaders, led by the opposition Juan Guaidó.

“We ask the Venezuelan Army and the security forces to accept the peaceful, democratic and constitutional transition of power,” the prominent US official said during a press conference in Washington, the capital of the United States.

He has affirmed that some Venezuelan military officers and high-ranking officials have already decided to join Guaidó and, in this regard, he has mentioned Colonel José Luis Silva, former Venezuelan Defense attaché in the United States. An officer with more than 20 years living outside Venezuela and with no real influence inside the military according to a Venezuelan army statement.

Bolton has echoed the statements of US President Donald Trump on the case of Venezuela, alluding to the possibility of military intervention in the South American country: “The president has made it clear in this matter that all options are on the table,” has remarked.

Venezuela is going through days of great turbulence, due to the self-proclamation of Guaidó- head of the National Assembly (AN) of the Bolivarian country, declared in contempt – as interim president, with US support, despite that Maduro, legally elected at the polls, began his second term on January 10.

As revealed by the US news agency The Associated Press (AP) Guaidó prepared the coup attempt in Venezuela on secret trips to the US, Colombia and Brazil and with the personal support of Trump.

However, anti-imperialist countries such as Bolivia, Cuba, Mexico, Russia, Iran, China and Syria announced their full support for Venezuela. On Saturday, at a session of the United Nations Security Council (UNSC), Moscow and Beijing blocked a draft declaration by Washington on Venezuela that favored Guaidó.