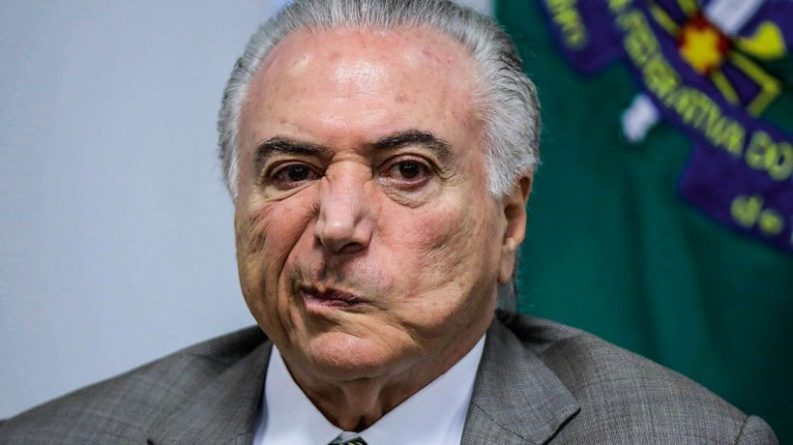 Brazilian media reports that the former president of Brazil, Michel Temer (2016-2018) was arrested on Thursday, March 21 in the morning by the Federal Police (PF) in the city of Sao Paulo, for his links with the Lava Jato case , and was scheduled to  be transferred to Rio de Janeiro.

The authorities also detained Wellington Moreira Franco, former Minister of Mines and Energy, and an important collaborator of Temer. In addition, the PF has other arrest warrants against six people, including businessmen and Colonel Joao Batista Lima Filho, friend of the former president.

The arrest warrants were issued by Judge Marcelo Bretas, responsible for the Lava Jato case in Rio de Janeiro. It is still unclear to which processes the arrest warrants against Temer and Moreira Franco refer.

Temer has been cited in several investigations related to bribes, including an implication in the transgression of port laws to benefit port companies.

The arrests are related to the diversion of public funds destined to the construction of the Angra 3 nuclear power plant, in the south of Rio de Janeiro.

Reported by the Federal Public Ministry (MPF) the reason for the detention is related to a bribe of 1 million reals (about 260 thousand dollars) paid at the end of 2014 to a company controlled by Colonel Lima Filho in order to obtain a contract of the state company Electronuclear for the construction of the plant, “for the benefit of Michel Temer”.

The paradox of this detention is that Temer assumed the presidency in August 2016 after the impeachment against Dilma Rousseff, of whom he was vice president, and left office on January 1, thus losing immunity.

The Lava Jato case charges another victim, this time linked to the frames of judicialization in Brazil, both against Rousseff and Lula da Silva, today imprisoned in Curitiba and sentenced to 12 years on charges without any real substanciation.