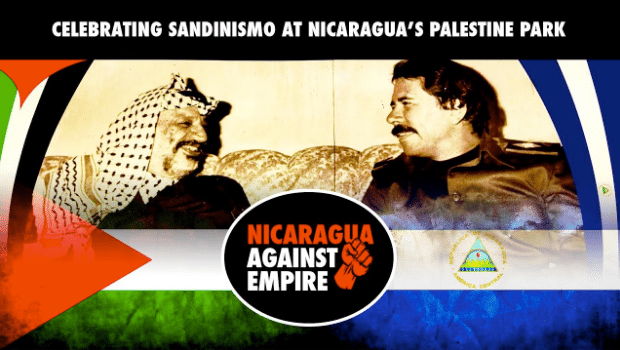 On Sunday, July 18, 2021, thousands of Nicaraguans attended a rally celebrating the 42nd anniversary of the Sandinista Revolution at Palestine Park in Managua. Participants held banners that read “Free Palestine,” “Hands Off Cuba,” and “Nicaragua Sandinista” as part of the internationalist celebration.

Nicaragua, and Central America overall, is home to a large Palestinian diaspora population. Nicaragua’s Sandinista government has remained firm in support of Palestinian liberation since the victory of its 1979 Revolution.

This video is one of several episodes of Nicaragua Against Empire, a documentary series that highlights Nicaraguan resistance to Western imperialism. This series was recorded and produced by Ramiro Sebastián Fúnez, a Honduran communist content creator based in Los Angeles, California.