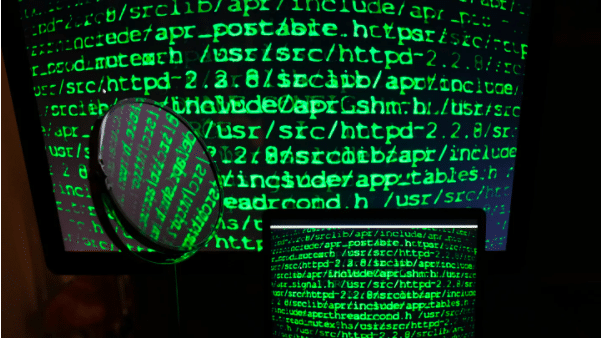 Beijing (Sputnik) – The United States is the main source of cyberattacks that are launched throughout the world, stated Zhao Lijian, spokesperson of the Chinese Foreign Ministry, while commenting on similar accusations that Washington has made against Beijing.

A senior US administration official told reporters on Monday, July 19, that a group of US allies and partners, including the European Union, the United Kingdom, Australia, Canada, New Zealand, Japan and NATO, have all joined the United States ”in exposing and criticizing the malicious cyberattacks organized by the Chinese National Security Ministry.”

According to the US official, countries around the world have made it clear that they are united in their intention to ”demand responsibility for such behavior, to promote the protection of networks and cybersecurity, and to act in coordinated manner in order to eliminate threats to their economy and security.”

In response to this statement, Zhao Lijian remarked that ”the US and its allies have launched unfounded accusations against China in terms of cybersecurity, mistaking one thing for another, denigrating and pressuring China, with clear political objectives.”

”China is decisively against any cyberattacks, and it does not encourage hackers,” stressed the Chinese official. ”Actually, the US is the origin of the largest number of cyberattacks in the world.”

Presenting various data from China, Lijian condemned numerous hacking strikes coming from the US, aimed at undermining China’s national security. He also affirmed that the US has launched such attacks against its allies.

”I want to emphasize that a small group of countries cannot represent the whole international community,” said Zhao Lijian. ”They cannot justify themselves by denigrating others. Beijing once again urges the US and its allies to stop launching cyberattacks against China and smearing our country. China will take appropriate measures to ensure its cybersecurity and protect its interests.”

China has, on more than one occasion, rejected allegations of cyberattacks, calling on the international community to confront together the actions of the United States that endanger global cybersecurity and violate international norms.

Featured image: China has denounced the US for being the main source of cyberattacks in the world. Image: Sputnik / Natalia Seliverstova