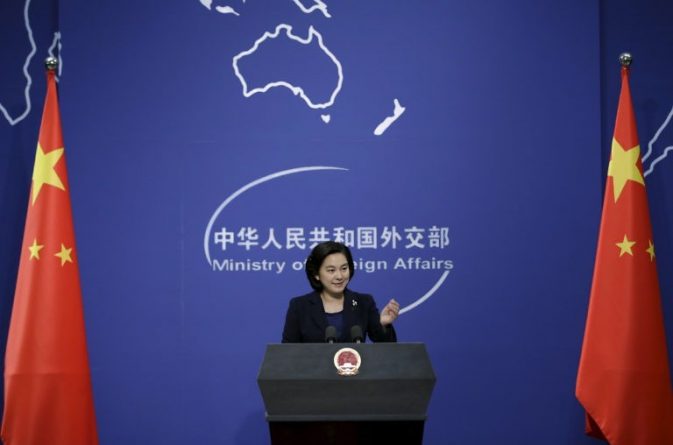 The People’s Republic of China ratified on Thursday its support for the Venezuelan constitutional Government and its President, Nicolás Maduro, and rejected the interference by the US administration in internal affairs of the South American nation, thus joining other countries such as Russia, Bolivia, Turkey or Mexico, which have expressed similar opinions. The spokeswoman for the Ministry of Foreign Affairs of China, Hua Chunying, at a press conference reviewed by Telesur and RT indicated that her government is closely following the situation in Venezuela and remarked: “We always follow the principle of non-interference in the internal affairs of others. countries, we oppose foreign interference in the internal affairs of Venezuela and we hope that the international community will also follow this principle.

“She also indicated that China supports the efforts of the Venezuelan Government to maintain its sovereignty, independence and stability.”

The position of the Asian nation was made public after the deputy of the National Assembly in contempt and legal nullity Juan Guaidó self-proclaimed himself as “president in charge” in a proselytizing act on January 23, a day after the vice president of United States, Mike Pence – on behalf of the Government of the American nation – called for a coup in the Venezuelan nation and to violate legally constituted institutions.

Immediately, Guaidó was recognized by the US, followed by Canada and several Latin American governments, such as Argentina, Brazil, Chile, Colombia, Costa Rica, Guatemala, Honduras, Panama, Paraguay and Peru. However, their actions were also rejected by the governments of Russia, Turkey, Iran, Cuba, Bolivia, Mexico and Uruguay.

The Chinese official called on all Venezuelan political sectors to oppose external interference and resolve differences by peaceful means within the provisions of the Constitution of Venezuela.

“We hope that all parties will oppose any external interference in the internal affairs of Venezuela. The complication of the situation will not contribute to the maintenance of stability,” said the ministerial spokeswoman responding to a question from a correspondent of the TASS agency about it.