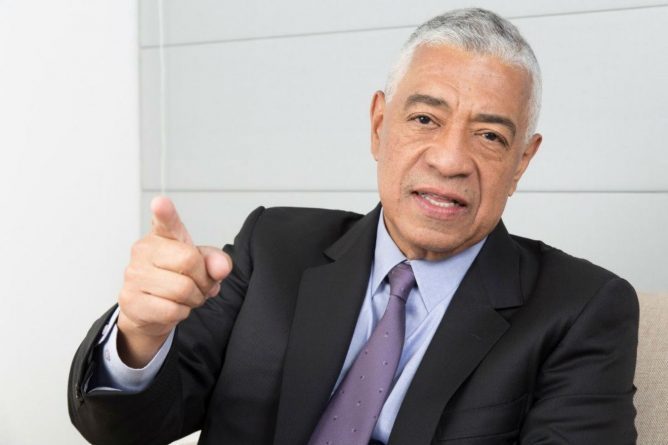 The economic blockade imposed on Venezuela by the government of the United States is “a perverse method without any guarantee of victory,” the president of the right-wing party Solutions for Venezuela, Claudio Fermín , said Monday.

“Here is a strategy of economic suffocation under the premise that economically suffocating Venezuela (Nicolás) Maduro sinks (…) and the country gets rid of him,” said the opposition leader in the show “Vladimir a la 1” , broadcast by Globovisión .

The former head of the presidential campaign of Henri Falcón in the elections of May 2018 added that these sanctions only seek to plunge the country into poverty so that it is an exhausted people who “push out” the constitutionally elected government, while denouncing that “the worst thing is that there are opposition comrades who have warned us that more pressures are coming”.

He also said he did not agree with the violence, deception and economic blockade as a measure of pressure on the National Government, for which reason he repudiated that various opposition political leaders even celebrate an armed invasion in Venezuela.

He defended the need for an understanding between both political sectors and to establish a dialogue in the country, assuring that it is precisely the disagreement of the right with the management of the government of Nicolás Maduro, that is the main reason to negotiate.

On the other hand, he said that two months have passed since the president of the National Assembly in contempt, Juan Guaidó, proclaimed himself president in charge of Venezuela, “but I still do not see what is the exercise of his interim presidency.”

He also said that if the case arises that Juan Guaidó runs for president in an electoral process, he could not vote for him because he is someone who promotes and supports the country’s economic blockade.