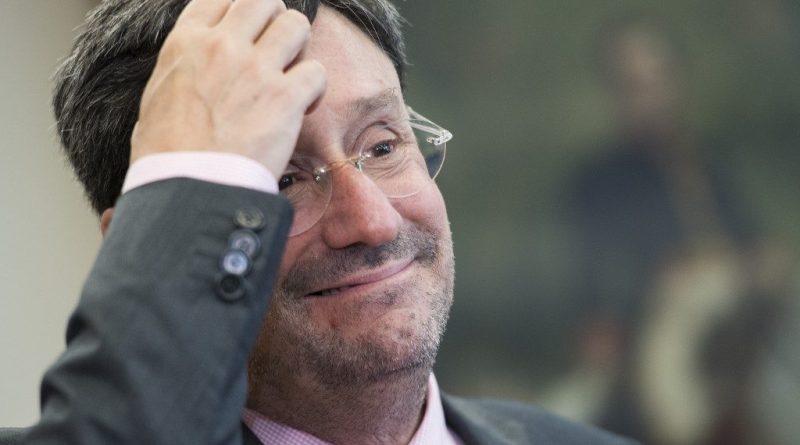 “The solution is not a military coup, because the military is not going to remove [Maduro]. Nor is the United States going to remove him at the point of an “I don’t know what,” observed Blum, alluding to the possibility of US military intervention in Venezuela.

Santos stressed the need for clandestine operations to “support the opposition.”

“The only thing that I see is with covert actions within [Venezuela] to make noise and support the opposition which is very isolated,” he told Blum.

The ambassador additionally reported that the “CIA [Central Intelligence Agency] is not getting involved [in Venezuela],” a fact that Blum appeared to lament.

Santos went on to complain about the apparent disarray within the Trump administration. He noted that the State Department and the White House were divided over the Inter-American Reciprocal Assistance Treaty (TIAR), which the former “wanted” but the latter did not. The TIAR was activated in September at the behest of the Venezuelan opposition, which hailed the move as a first step towards foreign military intervention in Venezuela.

For her part, Blum concurred with her ambassador’s assessment, lamenting that with US elections fast approaching, “no one knows what Trump is going to do.”

Santos responded by speculating that if Trump fears losing the presidential race, “he will go into Venezuela,” a possibility downplayed by the foreign minister.

Both officials, however, agreed on the urgent need to remove Maduro from power.

“If this guy doesn’t go, Colombia has no future,” warned Santos, going on to describe efforts to enlist US congressional support on Venezuela.

“Let them understand that this shithole is going to destabilize the whole continent,” he emphasized.

In February, Colombia strongly supported a US-led attempt to force “humanitarian aid” across the Venezuelan border, which Blum dismissed as a “fiasco.”

More recently, tensions have been on the rise along the 2,219 kilometer Venezuelan-Colombian border since Bogota resumed hostilities with guerrilla factions in August.

The leaked audio is the latest in a series of Venezuela-related scandals that have dogged the Duque government in recent months.

In September, photos and witness testimony surfaced revealing that Guaido had crossed the Colombian border in February with the assistance of Colombian paramilitary groups in coordination with the Colombian authorities. The Duque administration had earlier been accused of turning a blind eye to accusations that Guaido’s envoys to the country had embezzled money destined to support deserters from the Venezuelan armed forces.

Weeks later, Duque came under fire after presenting false evidence of ELN activity in Venezuela during his speech at the UN General Assembly in New York.

“Colombia has been affirming for years that Chavismo destabilizes the region… Meanwhile in a leaked conversation the new foreign minister and ambassador in the US confess how and with whom they conspire to destabilize Venezuela,” he tweeted.