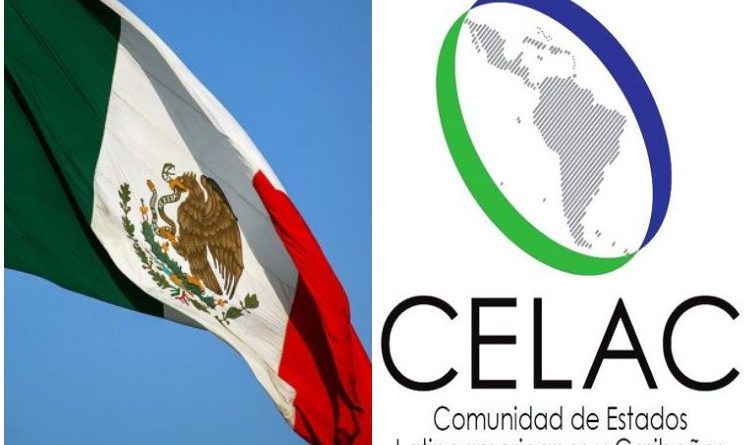 The Summit of the Latin American and Caribbean Countries (CELAC) began Wednesday in Mexico, and installed the host country to the pro tempore presidency of that organization.

Latin American and Caribbean countries have been meeting in Mexico since Wednesday in the pursuit of integration, complementary initiatives, respect for each country’s differences, and a drive for peace in moments when the U.S. empire is trying to the exploit the world with suicidal wars through fascist neoliberalism that is starving people to death, and alienating them through disunity and exploitation while the environment is in ever-increasing danger. All of this is being expressed in high economic cost and in human lives.

These meetings taking place in Mexico City are being headed by Mexican President Andres Manuel Lopez Obrador. Cuba’s Foreign Minister Bruno Rodriguez is heading the Cuban delegation and, in agreement with the hopes of the nations from Mexico’s Rio Grande to Argentina’s Patagonia, he is going to reassure the Island’s commitment to an authentically Latin American and Caribbean integration process, as well as consolidating Latin America and the Caribbean as a Zone of Peace as it was declared in the second CELAC Summit in Havana in 2014.

Argentina is also going to be represented by its Foreign Affairs Minister Felipe Sola, marking the return of this country to CELAC under the Administration of recently elected President Alberto Fernandez. Prensa Latina reported that the South American group is going to tackle issues related to hostilities against Venezuela and Bolivia. A tweet posted by the Argentinean diplomat noted: “Latin America and the Caribbean should recover its regional organizations as mechanisms of economic integration and political arbitration in the face of conflicts. That is our direction.”

CELAC is an essential, legitimate, unitary and diverse mechanism of political agreement and integration, meeting with a shared purpose but respecting the differences of each of the 33 countries of Our America. Strengthening and reaching consensus, as well as restoring shared confidence among its members will be the goals throughout 2020.