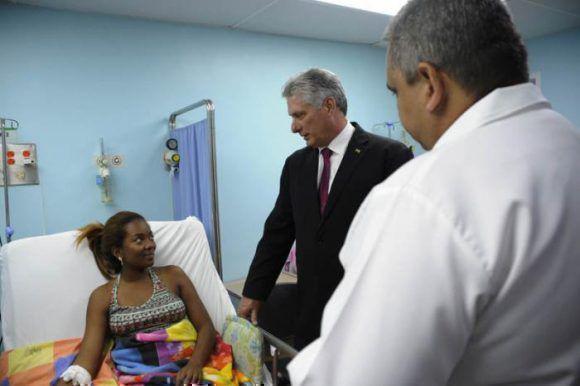 The projected budget for 2020 in Cuba, approved this Friday in the ordinary session of the 9th Legislature of the National Assembly of People´s Power, has a strong social character, prioritizing, with more than 50 percent of the resources, basic services and the implementation of approved social policies such as salary increases and pensions, Meisi Bolaños, Minister of Finance and Prices, assured.

Bolaños informed the Cuban legislators that 8.6 billion pesos will be allocated to ensure the salary increase that began in July this year, and that 52 percent of the budget will be used for education and health services.

In the case of education, there will be 11 billion pesos, which represents 24 percent of the current expenses of the budgeted activity, to guarantee the attendance of more than 1.700.000 students at all levels of education, according to official statistics.

RELATED CONTENT: The Freedom of the Cuban Five Will Never be Reversed

Meanwhile, the health sector will have 12.74 billion pesos (28 percent of the total), to support 201.400.000 million medical consultations and services in hospitals and primary care.

She emphasized that to support the expenses of the Social Security, 7.54 billion pesos are planned, one of the social programs that ratify the humanistic spirit of the Revolution, by remunerating the right to rest and the benefits of maternity and disability for work.

For next year, subsidies will continue to be granted for construction actions in low-income housing, starting at 1.12 billion pesos, a policy that must be further developed.

RELATED CONTENT: Cuba is Ready for an Eventual Diplomatic Rupture with Washington

Another priority will be to support science, technology and innovation, by guaranteeing 1.522 billion pesos (1.5 percent of Gross Domestic Product at current prices) and involving the business sector in 50 percent, besides having the reserves generated by profits dedicated to research.

For financing the majority of the Budget, it is planned to collect 66.29 billion pesos, with a growth of 11.5 percent over the previous year’s estimate, which will be directly influenced by the increase in retail trade circulation, discipline in the tax payment by all taxpayers and the strengthening of preventive actions and fiscal control.

Within the annual budget, monetary collection deployed by the National Tax Administration Office (ONAT) will play a key role, by guaranteeing 74 percent of income, in which there will be a 12 percent growth in contributions from the non-state sector.

Despite the expected income from self-employment or cooperative work, the state sector will maintain supremacy, participating in 85 percent of these contributions, which confirms the prevalence of this type of ownership, Bolaños concluded.