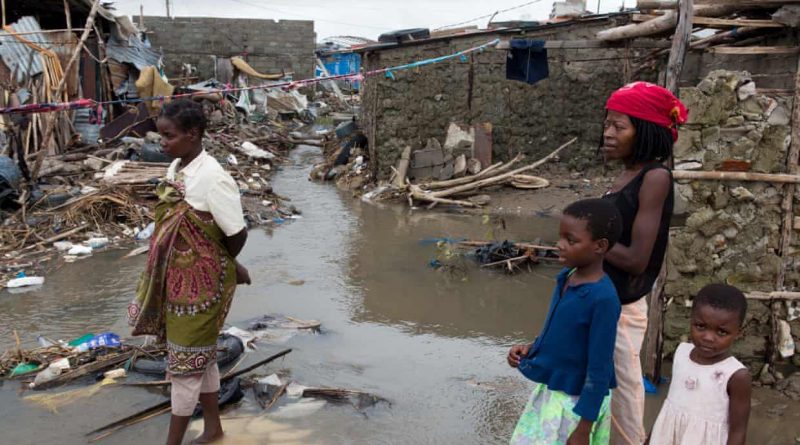 The first cases of cholera have been reported in the cyclone-ravaged Mozambican city of Beira, complicating an already massive and complex emergency in the southern African country.

The announcement of five cases of the waterborne disease follows days of mounting fears that cholera and other diseases could break out in the squalid conditions in which tens of thousands have been living since Cyclone Idai struck on 14 March, killing at least 700 people across the region.

The first cases of the disease were confirmed in Munhava, one of the poorest areas of the hard-hit port city of Beira, the national director of medical assistance, Ussene Isse, told reporters. The city of roughly 500,000 people is still struggling to provide clean water and sanitation.

“We did the lab tests and can confirm that these five people tested positive for cholera,” said Isse. “It will spread. When you have one case, you have to expect more cases in the community.”

The World Health Organization is dispatching 900,000 doses of oral cholera vaccine to affected areas from a global stockpile. The shipment is expected to be sent later this week.

Cyclone Idai smashed into Mozambique at about midnight on 14 March before tearing through neighboring Zimbabwe and Malawi, displacing hundreds of thousands of people and flooding an area of 3,000 sq km. Cholera has been a major concern for cyclone survivors now living in crowded camps, schools, churches and any land exposed by the still-draining flood waters. The disease is spread by contaminated food and water and can kill quickly.

Last week, the Guardian visited a number of areas, both in the city itself and outside, where those who had fled the storm and subsequent flooding were surviving by collecting standing water from the floods, including from puddles in the city, for cooking and cleaning.

The huge extent of the flooding in the countryside is also feared to have contaminated wells, which villages rely on for clean drinking water.

The disclosure of the cholera outbreak follows a warning by the WHO of a “second disaster” if waterborne diseases like cholera spread in the devastated region.

Mozambique’s president, Filipe Nyusi, was to address the nation on Wednesday afternoon about how his government is responding to the cyclone, which has killed more than 460 people in the country and left 1.8 million people in need of urgent help.

After flying over the vast, flooded plains of central Mozambique early last week, Nyusi estimated that 1,000 people had been killed. The toll could be higher, with some emergency responders warning that more bodies will be found as floodwaters drain away. They said the actual figure may never be known. Underlining fears of more outbreaks of disease, Gert Verdonck, emergency coordinator for Médecins Sans Frontières in Beira, said: “The scale of extreme damage will likely lead to a dramatic increase of waterborne diseases, skin infections, respiratory tract infections and malaria in the coming days and weeks.

Cyclone Idai death toll passes 750 with more than 110,000 now in camps
Read more
“The cyclone substantially damaged the city’s water supply system, resulting in many people having no access to clean drinking water. This means that they have no option but to drink from contaminated wells. Some people are even resorting to drinking stagnant water by the side of the road.

“This, of course, results in an increase of patients suffering from diarrhoea. The MSF-supported health centres have seen hundreds of patients with acute watery diarrhea in the past few days.”

Unicef, the UN children’s agency, said parts of the city’s water supply system were working again, with “water running in 60% of the pipes”. The government is also operating water trucks.

Relief operators continue to explore ways to deliver aid to the city, which is reachable almost solely by air and sea. More challenging still is getting to rural communities, some of which have had no contact with the outside world since the cyclone hit.

More humanitarian workers are arriving, as the UN urges the international community to fund a $282m (£213m) emergency appeal for the next three months.