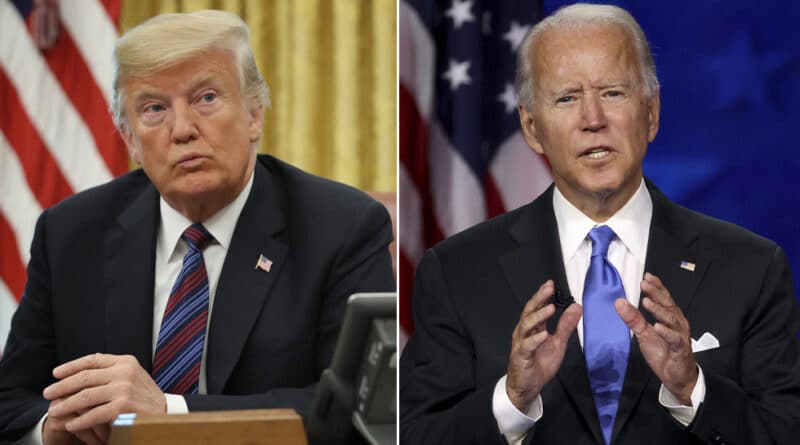 By Fyodor Lukyanov, the editor-in-chief of Russia in Global Affairs, chairman of the Presidium of the Council on Foreign and Defense Policy, and research director of the Valdai International Discussion Club

After a century in which Moscow and Washington effectively dominated the world, the political establishment in both countries clings to the past. But the public has moved on, and these nations are now less important to each other.

US presidential elections are known to cause quite a stir around the globe – and in 2020, this notion would be an understatement. Russia’s media has been no exception, falling prey to the hype along with the rest of the planet.

The press here is overflowing with stories and discussions about America; political figures have been actively voicing their views on the matter, including top officials. This is in stark contrast with what the general population feels about the contest.

According to a poll by the Levada Center, a Moscow-based pollster which has received Western funding in the past, only 11 percent of Russians are closely following the presidential race. 51 percent have heard bits and pieces, and 36% know nothing about it. Compared to 2016, the decline in the public’s interest is quite noticeable.

In fact, the people’s view reflects the situation – unlike the position of the Russian establishment. The tradition of ‘Americocentrism’ in Russian politics has its roots in the Cold War, when relations between Moscow and Washington formed the lynchpin of global politics, guiding the actions of both sides. But these are things of the past.

Nowadays, developments in the US have very little impact on Russia, and the reasons are threefold. First, the old agenda of US-Russia relations has long expired, and there is little cause to expect a new one to take its place. Second, shifts in the global political landscape are changing priorities both in Washington and Moscow, making them view each other as less important, compared to before.

This is something that is objectively happening in global politics, at least at the current stage. Third, whatever the outcome of the election, domestic political polarization in America will prevent either candidate from carrying out an active and coherent foreign policy.

Let’s start with the current agenda. In the past, no matter the circumstances, the focus was invariably on the issues of strategic stability and nuclear arms control. Between them, Russia and the US possess over 90 percent of the world’s nuclear arsenal, and both have the ability to physically annihilate one another – along with the planet. It was the need to manage these risks that gave rise to a system of special arrangements between Moscow and Washington.

Developed in late 1960s, this system was preserved, with some adjustments, until modern times. And while the risks haven’t gone anywhere, the overall international landscape has changed dramatically. With the emergence of other major players on the global stage, Russian-American relations have ceased to be the sole deciding factor – even in the sphere of nuclear arms control. There is little value in having a ‘dialogue’ anymore, in the strict sense of the word. Surely, there will be attempts to formulate a new model – but it is going to be a long-term endeavor with no guarantee of success.

With the nuclear issue losing its pivotal role, there is practically nothing of substance left in US-Russian relations. Granted, there are some smaller-scale technical issues to take care of, such as avoiding accidental clashes in Syria or strengthening diplomatic cooperation to tackle the problem of North Korea. There would probably still be contacts on topics related to former Soviet countries, but that’s more about making your intentions clear – not about agreeing on a common position.

The economy does not play a major role, either – if anything, economic cooperation is happening in spite of state policy, not thanks to it. Ideologically, Russia and the US have long drifted apart to take radically different positions – especially after the early 1990s, when we were shown a dream of a perfect liberal harmony, followed by a rude awakening.

With few exceptions, both sides behave as they themselves see fit. It has nothing to do with whomever is currently sitting in the White House, or whichever party dominates in the Congress – our relations no longer have a solid foundation, and there are objective reasons for that.

Until recently, the nature of the existing international order was closely tied to the circumstances of its formation in the second half of the 20th century. The unipolar model of the past 25 years was not a self-sustained world order, however, but a piece of the once-whole bipolar system from the Cold War era. One of the poles vanished, leaving the other to try and spread across the entire world.

That didn’t work out. For a time, efforts were made to prevent the creep; the momentum of the old model, however deformed, still persisted. Now, we’ve entered a brand new period. Under anarchic polycentrism, previous experience is not just useless, it is sometimes harmful, as it interferes with our ability to understand the nature of the new processes taking place in the world.
For Russia, a critical aspect of this previous experience is its excessive fixation on the United States – to the detriment of other areas of development. This is something that must be thrown overboard, as quickly as possible.

Of course, America changed its view of Russia, as well: from an international partner, a global actor to have a civil conversation with, Russia has turned into something of a ‘Mordor’ (in terms of mythological perception), and the very existence of Russia is used by actors within the US to further their agenda.

Whatever the outcome of the election, American diplomacy will be focused primarily on China, and everything will be related to China-US competition. Russia’s priority is now to avoid being drawn into the escalating confrontation on either side. One thing is for certain – there is no upside to playing along with Washington. China is Russia’s largest and most powerful neighbor, and maintaining constructive and business-minded relations with it is incomparably more important when held against the unlikely benefits of an anti-China rapprochement with America.

This does not mean that Russia and the United States will never share interests, but reanimating those ties would require a rethinking of the very nature of our relations and a rejection of the Cold War momentum (and especially the post-Cold War momentum). This is a complicated task, one critical obstacle being the state of the US political landscape.

Whoever is elected president, the painful socio-political metamorphosis will not abate. It is a product of the internal problems of America’s development. Just like the rest of the world, the US will be preoccupied with its own affairs in the coming years. And just like everywhere else, the most critical challenges are those taking place on the inside. The relative importance of foreign affairs will diminish, but their role as a tool for dealing with domestic problems will continue to expand. Which further narrows the space for meaningful conversation between the two nations. It really is a vicious circle.

For Russia, a new era will only begin once our leadership – who remain overly preoccupied with Russia’s relations with the US, believing themselves to be in some sort of unique and historic position – listen to the Russian people, for whom America is just another foreign land. An important one, yes, but no more than that. When it comes to Russia’s relations with the US, the less we get carried away by feelings of self-importance and misplaced superiority, the better it would be for everyone, ourselves included.