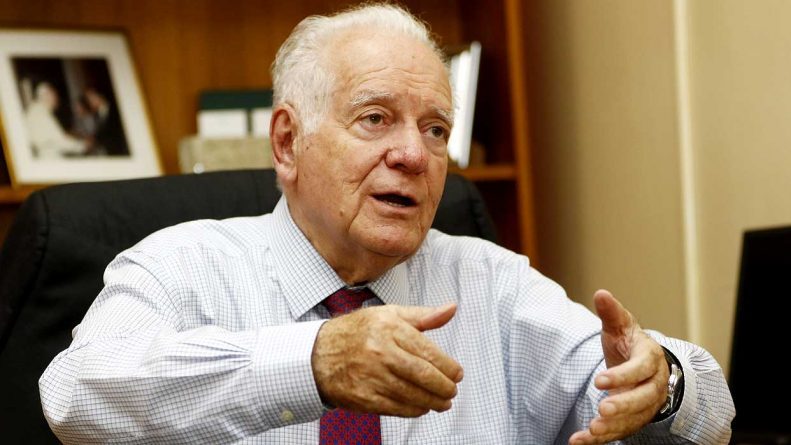 The veteran opposition leader from COPEI and former presidential candidate in the 80s, Eduardo Fernandez, also commented on the claim of the most radical sectors of the right to impose the President of the Assembly National (AN) in contempt, Juan Guaidó, as Head of State.

When asked by the journalist of the state television network Telesur, Madelein García, about who is the president of Venezuela, Fernandez said with mischief and humor: “The one who answers the phone in Miraflores is Nicolás Maduro.” He referred to a comment made by a foreign diplomat a few years ago when asked about who was the President of Venezuela and the diplomat answered: “the person that answer the phone in Miraflores Palace.” Doing this Fernández join a group of veteran politicians from the opposition that completely reject the new strategy from the most extremist right wing factors press by the US government aiming to destabilize the Venezuelan Government with the Libyan script of a Parallel Government.