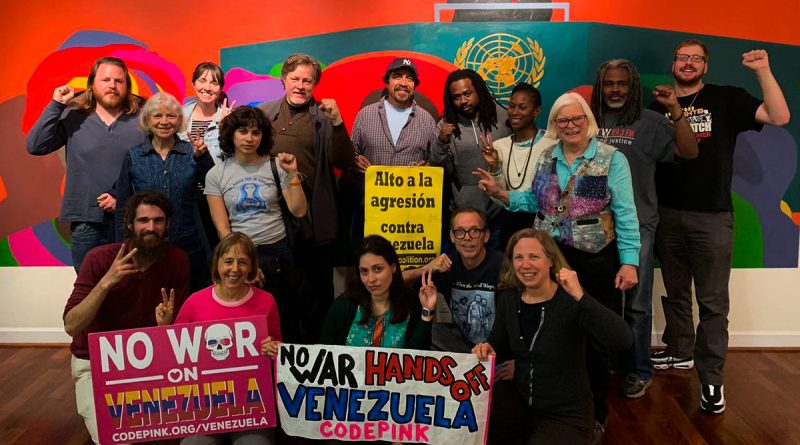 The arrest of Max Blumenthal on Friday, October 25, 2019 highlighted to what extremes the US government will go to prosecute embassy defenders. The Embassy Protection Collective is in solidarity with Max Blumenthal and Ben Rubinstein, who were both falsely accused of simple assault by the violent coup-supporters, and calls for dismissal of the prosecution against them.

The abusive arrest of Blumenthal, a noted journalist and editor with The Grayzone Project, who was arrested at his home by a squad of police serving a five-month-old warrant and held for two days, demonstrates the Trump administration’s escalation of attacks on the media. Grayzone has exposed details of the US-led coup attempt in Venezuela that corporate mass media does not cover, and has also exposed US coup attempts in Nicaragua, Syria, and Iran as well as US involvement in the anti-China protests in Hong Kong,

Both Rubinstein and Blumenthal were tied to independent media that broke the silence on the Embassy Protection Collective. Anya Parampil was an embedded journalist for The Grayzone Project and Alex Rubinstein, Ben’s twin brother, was reporting for Mintpress News from inside the embassy.

The US and corporate media did their best to shut down media coverage of the Embassy Protection Collective during the 37 days the collective was inside the embassy. Independent and social media coverage was essential to getting the word out widely. This baseless prosecution is retribution for their media coverage.