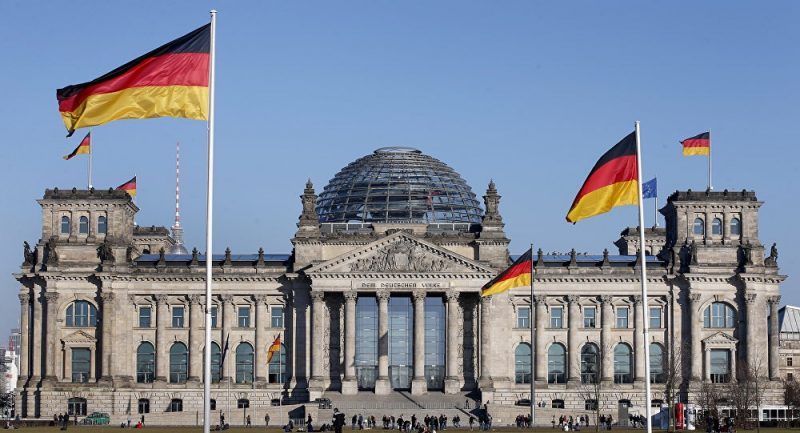 A report by the prestigious Research Services division of Germany’s Bundestag has concluded that US threats against Venezuelan President Nicolas Maduro are illegal under international law. Furthermore, the report found that there were “strong” legal reasons to consider the recognition of Guaido as interim president as “interference” in the Latin American country’s internal affairs.

The report, innocuously titled ‘On the Recognition of Foreign Heads of State’, was commissioned by Left Party lawmaker Andrej Hunko, who believes Germany’s decision to recognise Guaido at the country’s interim president last week was a major mistake.

The Bundestag report found that statements like those by President Trump on leaving “all options”, including military intervention, on the table, and similar statements by members of his administration, were a violation of the principles laid down by the UN Charter.

“Violence and the threat of violence against the territorial integrity or political independence of a state are ruled out in the UN charter as a means of unilateral enforcement,” the document said.

Furthermore, threats like those of Trump National Security Advisor John Bolton that President Maduro should leave office before finding himself in Guantanamo “can be understood as a threat of physical violence,” according to the Bundestag legal experts. “In view of the past practice of US administrations, the explicit reference to Guantanamo could even be interpreted as a threat of arbitrary detention,” the report warned.

“A threat addressed to the head of state is directed against the political independence of a government, and violates the principle of the sovereign equality of states,” outlined in article 2(4) of the UN Charter, the report stressed.

Responding to Hunko’s formal request on whether it was permissible to recognise a foreign head of state as such if he or she did not obtain his position in accordance with the country’s constitution, the commission admitted that “mere recognition does not confer the new government any legitimacy,” with this being the prerogative of national actors.

“Therefore, there are strong reasons to consider the recognition of an interim head of state is interference in [a nation’s] internal affairs,” the expert report concluded.

Speaking to Sputnik Deutschland about the report’s findings, Andrej Hunko said it showed that the German government gave little thought to whether their actions conformed with international law, and called Berlin’s recognition of Guaido “totally mistaken” and “dangerous.”

Guaido does not have any real power, Hunko said, pointing out that Venezuela’s security forces, including the military and police, are controlled by Maduro. Furthermore, Guaido’s party, Voluntad Popular, enjoys the support of just over ten percent of the population, the lawmaker noted.

Hunko urged the German government to formally withdraw its recognition of Guaido and to push for a peaceful solution to the Venezuelan crisis at the UN Security Council.