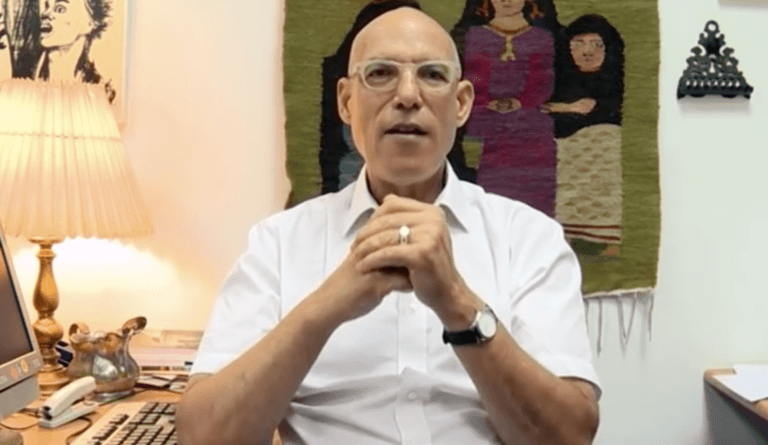 This is what the editor of Haaretz’s Culture and Literature supplement, Benny Ziffer, wrote on his Facebook page upon returning from paying a condolence call in the settlement of Ofra:

“En route I looked at the Palestinian villages alongside the Jewish communities, and I thought of how for the Palestinians murder is a type of sport or enjoyment, perhaps a substitute for erotica. From that perspective we will never have anything culturally in common with them.”

And if that weren’t enough, Ziffer also wrote, “Regarding this evil and undignified people living among us, we can only yearn for the land to vomit it out, because it isn’t worthy of this land, which is full of Jewish blood that it has spilled.”

Now, let’s leave alone for a moment the fact that much more Palestinian blood was spilled in this land than Jewish blood in any given year since Zionism came to power in Palestine about 100 years ago. Gideon Levy’s article in Haaretz elaborated on that fallacy in Ziffer’s post, stating that If There’s Such a Thing as a Murderous Culture, Then It Exists in Israel.

I would like to focus on the de-humanisation of an ethnic group sharing the land with the occupying settler group that Ziffer belongs to. As he described in his post, he looked at Palestinian villages and Jewish settlements as he drove through an apartheid road in the West Bank. The difference between the big villas with the red roofs of the settlements on one hand, and the simplicity of the Palestinian village homes on the other hand (I believe he didn’t manage to see the refugee camps, only West Bank villages) is indeed striking. Obviously, it’s a consequence of the Israeli apartheid regime that heavily supports the colonial settlements and heavily oppresses the indigenous people. And that made him think about “how the Palestinians murder is a type of sport or enjoyment, perhaps a substitute for erotica”. He’s got an erotic mind, that’s for sure, but that sickening thought reveals vicious propaganda. This statement of his is the kind of message you would encounter in earlier times colonialist campaigns in Africa and America that led to genocide of the indigenous people.

The next statement is not less striking, as it actually calls for genocide or ethnic cleansing: “Regarding this evil and undignified people living among us, we can only yearn for the land to vomit it out, because it isn’t worthy of this land”. As we know from the past 100 years of history in Palestine, Zionists are big believers in the execution and fulfillment of their aspirations, making things happen rather than yearning. Yearning is what the Jews did during 2,000 years of exile, in the Zionist era dreams are meant to come true, through proactive actions. Zionists know very well that the land won’t vomit the Palestinian people out alone, someone has to give a hand.

In fact, ethnic cleansing of Palestine is taking place on a daily basis, slowly but surely. Israel expropriates Palestinian lands, destroys their “illegal” homes, confiscates their water springs, set their fields on fire, cuts their olive trees and grape vines, humiliates them and makes their lives unbearable. These operations are executed in cooperation of the armed forces and the paramilitary settler gangs that attack Palestinian people and properties under the IDF’s protection. The Gaza strip is under fierce and cruel blockade since 2007, the living conditions there make staying alive a challenge by itself. The situation in the Gaza Strip is clearly a humanitarian disaster.

It should be noted that Ziffer is a journalist, he is intelligent and he is a talented writer, and he is being followed by many Israelis. His post received hundreds of supporting reactions and was shared by dozens of Facebook users. Haaretz newspaper and magazine – where Ziffer is the editor of the Culture and Literature supplement – is considered very liberal and is mostly identified with the Israeli political left.

Another known and popular Israeli media personality, Yaron London, has said on his mainstream TV show: “Arabs are savages … they don’t only hate Jews, they kill their own first and foremost.”  London is identified with the political left as well.

The view of Palestinians as primitives that possess “murderous culture”, that it is practically impossible for them to live “among us” without killing us, and the wishful thinking toward transferring them out of the land – is as old as the state of Israel, if not older. Israel started off with a brutal ethnic cleansing project it called “independence war”, and attempts to transfer Palestinians out of the land controlled by Israel were made numerous times, always with only limited success. As Hagai El-Ad, the director general of B’Tselem described in an article last week, Transfer of Palestinians has always been the Israeli consensus. The de-humanization of the Palestinian people plays an important role in preparing the public opinion for extreme operations of ethnic cleansing. In particular among the political leftwing.

In her view, Israelis’ moral and cultural level is so high that they can forgive Arabs for killing their children, but not for forcing Israelis to kill Arab children. The Arabs, on the other hands, hate Jews more than they love their own children. It is left to the Israeli people to draw the conclusions.

Ziffer has apparently removed his post by now. I don’t know what made him remove it. But his message was already spread, and it got traction. And this represents a growing and spreading belief that time has come to complete the clearing of “the Jewish land” from those Palestinian people who are not worth living, let alone living alongside Jews.

Sivan Tal is an Israeli software engineer and writer, and the father of conscientious objector (refusenik) Hadas Tal.

Sivan Tal is an Israeli software engineer and writer, and the father of conscientious objector (refusenik) Hadas Tal.