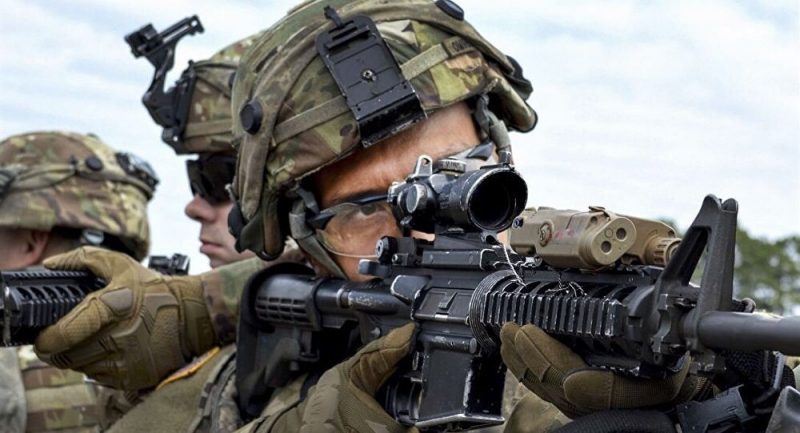 The United States is preparing a military intervention in Venezuela, aimed at overthrowing the president of the South American country, Nicolás Maduro, declared the secretary of the Russian Security Council, Nikolái Pátrushev.

In an interview with the newspaper Argumenti i Fakti, Pátrushev denounced that “the US, with sarcasm and arrogance towards the Venezuelan people, prepares a military intervention in the sovereign State”.

“The transfer of the US special operations forces to the territory of Puerto Rico, as well as the landing of units of the US military in Colombia and some other factors clearly indicate that the Pentagon is strengthening its grouping of troops in the region with the purpose of using it in an operation to remove from power the current president, Maduro, elected in a legitimate way,” he said.

The secretary of the Russian Security Council pointed out that the US, when it comes to forcing shipments with humanitarian aid into Venezuela, expects the Venezuelan authorities to reject them.

“The Venezuelan people understand it well, that is why it reacts in this way, refuses to accept the cargoes of the aggressor country and chooses to support its president,” he stressed.

Nikolai Patrushev also stated that the US is inventing several pretexts to avoid negotiations with Russia on the Venezuelan crisis.

“The Americans proposed to us to hold separate consultations on the Venezuelan problem, we accepted it, however, they themselves elude them under fabricated pretexts, each time postponing the agreed upon dates,” he added.

In addition, he said that the serious humanitarian situation in Venezuela was triggered by US sanctions.

“The difficult humanitarian situation to which Washington refers is due precisely to the sanctions and the US embargo,” he said.

This humanitarian aid situation is imposed on Venezuela and (it is) presumed at the same time that it will be rejected, added the secretary.

On February 23, the Venezuelan opposition tried to enter humanitarian cargoes donated by the US and other countries from Colombia, but the effort was unsuccessful and unrest generated as a result of the initiative has left more than 300 wounded.

Venezuela reiterates that in the country “there is no humanitarian crisis” and that within the framework of international law, humanitarian aid is provided only in case of natural disasters and armed conflicts.