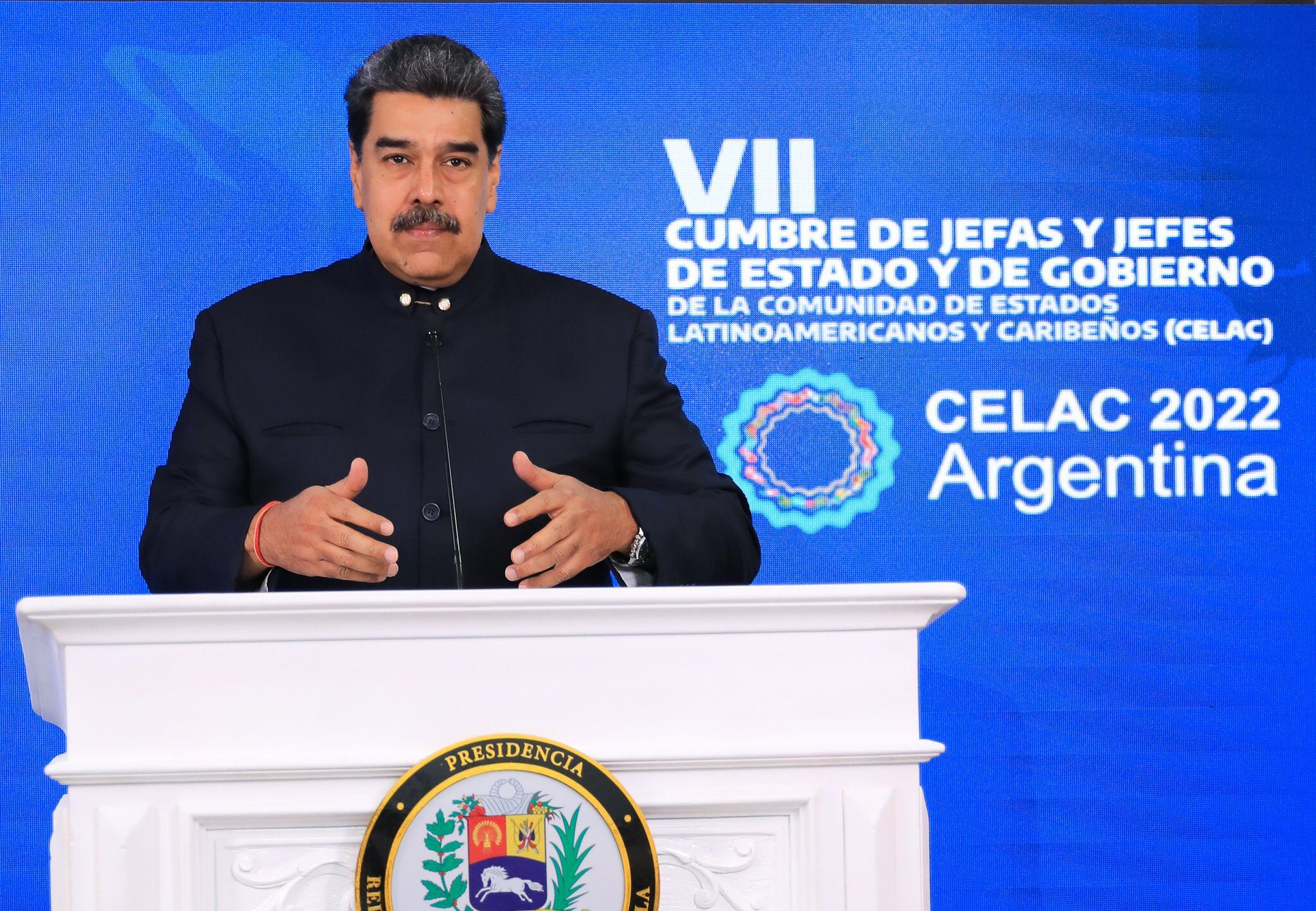 During his participation via a pre-recorded message in the 7th Summit of Heads of State and Government of the Community of Latin American and Caribbean States (CELAC), Venezuelan President Nicolás Maduro rejected the interventionism in the region practiced by foreign powers.

During a 14 minute-long video presented on Tuesday, January 24, the Venezuelan president proposed that the community of Latin American and Caribbean States raise its collective voice to defend the sovereignty and independence of the region, resisting interference by countries that, in one way or another, seek to intervene in the internal affairs of the CELAC nations.

In addition to addressing the issue of interventionism, Maduro ratified the necessary debate on the organizational structure of CELAC, proposing the creation of a General Secretariat for the regional body.

Venezuela also proposed the resumption of the meetings of ministers by areas, with the intention of establishing common public policies, to build a solid union of the countries that make up CELAC.

Lastly, the Venezuelan head of state shared the Brazilian president’s proposal for the construction of a common monetary system for Latin America and the Caribbean. “You have to take the first foundational step, to walk towards an irreversible path for the region,” President Maduro said, “the path of economic, commercial, financial and monetary integration.”

The Mexican president said that this decision positively prevented progressive forces from falling into far-right provocations and entering into the planned “media trap.”

This Tuesday, an audio of the Venezuelan head of state was also shared on social media platforms, in which Maduro warned against a plan to sabotage Venezuela’s delegation. As he explained, the information came from high-level intelligence sources.

The plans to destabilize CELAC originate with the Argentinian far right (Macrismo) in coordination with the US embassy in Argentina. The Venezuelan president explained that it was not just a simple provocation or a demonstration, “it was something much bigger” and, for that reason, he took the decision to cancel his trip to Buenos Aires.

For this reason, President Maduro participated virtually in the summit. Some analysts question the lack of leadership of the president of Argentina, Alberto Fernandez, for not being able to ensure the required security to facilitate the participation of a foreign dignitary such as President Nicolas Maduro in a summit for CELAC, an organization that should be at the forefront of Latin American and Caribbean unity and independence.