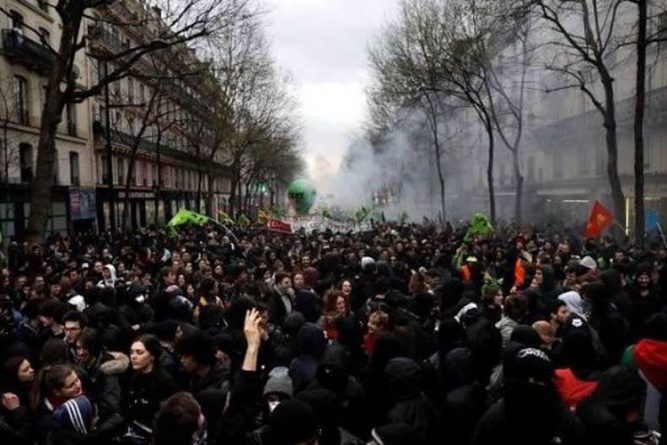 Close to 90,000 people participated this Saturday in the ninth week of protests against the policies of the President of France, Emmanuel Macron, on the eve of a national dialogue process scheduled for Tuesday, 15 of January.

In Paris, from the Place de la Bastille to the Arc de Triomphe the protesters shouted two slogans: “Macron, resignation”, which has characterized the protests since its inception, on November 17, to which this was added. Saturday “Free Christophe”, in reference to former boxer Christophe Dettinger, who will be prosecuted in a month for hitting two policemen in the day of protest a week ago, refer international media.

Meanwhile, Macron trusts in the success of the dialogue next week with the country’s political forces, which he convened on January 10 and which he intends to convince the popular masses to accept the government conditions, the same ones that have provoked the protests , reported Prensa Latina.

Women in France have joined the latest mobilizations of yellow vests, with yellow balloons and baby cars. Their goal is to be heard to demand greater gender equality and a reduction in the wage gap.

For the day of this Saturday the Government mobilized 80,000 police, 5,000 of them in Paris. In the end, the police repressed the demonstrations in the Arc de Triomphe, with a balance of 22 injured, two seriously.

There were also incidents in Nimes and Bordeaux, although the media reports that there was less violence.

However, 200 detainees were registered, 156 of them in the French capital.