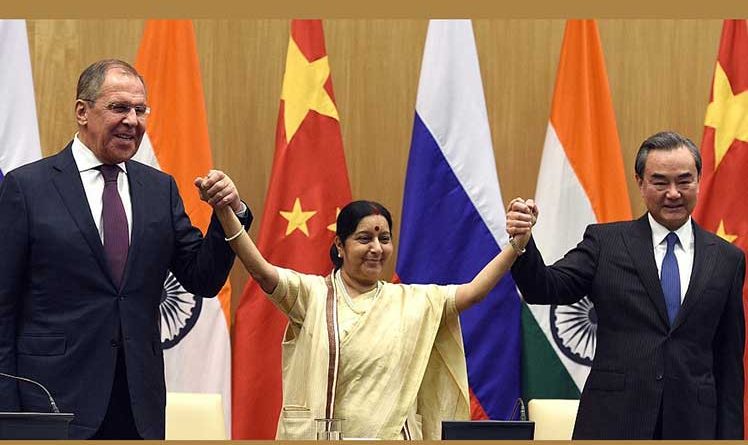 Chinese Foreign Minister Wang Yi and his Russian counterparts, Sergey Lavrov; and India, Sushma Swaraj, met on February 27 in Wuzhen, eastern province of China, and from there issued a joint statement in which they urged respect for the Charter of the United Nations in the case of Venezuela.

Within the framework of a three-party ministerial meeting of the RIC format (by the initials of these three countries), the nations expressed that “it is up to the people of Venezuela to find a political solution to resolve their differences through dialogues and constructive discussions, without resort to violence. ” They also affirmed that “democracy, development, peace and security in Venezuela are of the utmost importance for the progress and prosperity of the people.”

RIC members are closely following the emerging situation in Venezuela and are asking for “that all the principles of the Charter of the United Nations, the norms of international relations and international law be respected.”

At the end of the ministerial meeting, in a press conference, Wang Yi called to respect Venezuelan sovereignty and self-determination. “All countries must defend justice when dealing with the Venezuelan issue; in particular, they must respect the Charter of the United Nations, adhere to the principle of non-interference in internal affairs and oppose the use of force or the threat of force. ”

RIC meetings are held since 2005 to discuss issues of global interest and geopolitical situations such as the one currently facing Venezuela.