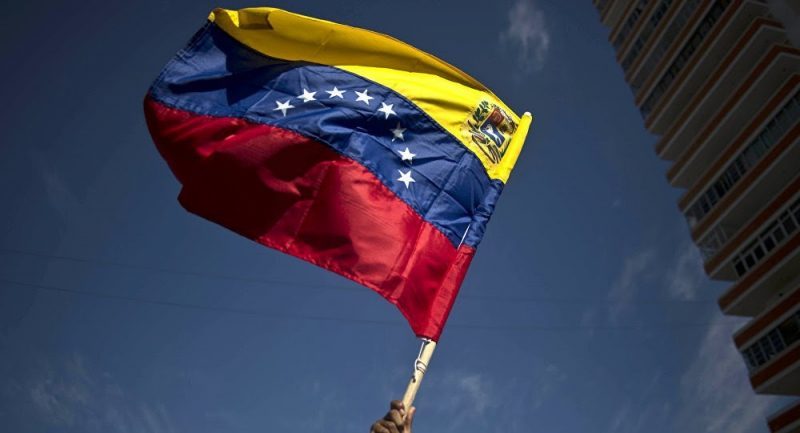 A popular and anonymous re-adaptation of an old English proverb reads: “Expect the best, plan for the worst and accept the unexpected”. I can not find a better way to summarize the political and social scenarios that will take place in Venezuela during 2019.

Periodization of the conflict

On January 5, the new board of the National Assembly of Venezuela will be sworn in. To continue with the governance agreement made by the former Democratic Unity Roundtable, the Presidency of that institution would be led by a member of the right-wing radical party “Popular Will” [Voluntad Popular], the main promoter of the violent street protests that took place in Venezuela during 2017, and that left a balance of more than 100 people deceased. Therefore, we must wait for a scenario of direct confrontation against the national Government.

January 10 does not imply an end date, but the beginning of hostilities. It is expected that the countries of the so-called Group of Lima begin with the withdrawal of their ambassadors, arguing that they do not recognize the new term of Nicolás Maduro. This could be seasoned with the formation of a parallel government outside the country, although some opposition factors request that this be decreed by the National Assembly. The objective is the same, to form a “valid interlocutor”, as happened especially in the case of Libya. The OAS and certain UN agencies, such as UNHCR, could lend themselves to legitimizing this parallel government.

On the other hand, groups of mercenaries trained in Colombia and denounced by Maduro himself would generate trouble spots on the border with Venezuela that will serve as a resonating factor for a crisis that will be marketed as systemic and insurmountable. Brazil, after Bolsonaro officially takes over command of the Army from January 1, could start a violent escalation on the southern flank. The statements of the future vice president, Hamilton Mourao, allow us to envision this scenario.

Guyana was going to be part of the plan. Not only for the “operation pincer”, but to thin the Caribbean as the only gateway for food, medicine, basic necessities and military support before a border closure on the continental side. The position of Caricom, backing Guyana, seems to give ground to this idea.

For the journalist of RT Érika Ortega Sanoja it is not unreasonable to think that, before the dismissal of the United States ally in Guyana, David Granger, motorized by a politician like Bharrat Jagdeo, former president of that country and who advocates lowering the tone of confrontation against Venezuela, Washington has ordered the incursion of ExxonMobil ships in Venezuelan waters in order to maintain active hostilities between both countries.

It is interesting in this last aspect that actors of opposition to the Venezuelan Government, such as María Corina Machado, have taken a radical turn to their position of intervention against the country and now consider it necessary to “recognize the performance of the Bolivarian Navy” in the case of the incursion of the ships of the transnational ExxonMobil.

This seems to legitimize our hypothesis about the United States concern on “the day after.” That is to say, the Pentagon understands that there will be no successful military operation, nor stability in the case of a war action, if it does not have the support in the Bolivarian Armed Forces. For this reason, he recommends to his political operators in Venezuela to leave his anti-military-Venezuelan speech and turn towards a positive reinforcement to achieve some support. Only this way one can understand the sudden position of Machado, who is one of the maximum promoters of the electoral non-resolution of the political crisis in the country.

To complete the picture, let us not forget that the United States has ordered the withdrawal of its troops in Syria and it is possible that they will be relocated along all the bases they have in the South American region. Nor should we lose sight of the fact that there are hundreds of mercenaries from the Islamic State who have been unemployed and come from Latin American countries, such as Colombia. Will they swell the ranks of the Army that Maduro has denounced? We’ll see.

It is necessary to clarify that the plans of the US and its partners in the region to overthrow the Bolivarian Government are not exempt from encountering imponderables that at the moment are impossible to appreciate. The case of the dismissal of David Granger is a clear example of this.

Within each of these countries move forces that can slow down and even ruin any intervention initiative. One should be very attentive to the internal situation of the United States, where the crisis over the approval of the budget and the intentions of democrats – and even of many republicans – always maintain Trump’s “impeachment” alive.

In the same way, the heterogeneous composition of the Venezuelan political opposition supposes an unpredictable element within any periodization. The formation of the Frente Amplio Venezuela Libre, which rises on the ashes of what was once the Democratic Unity Table, clashes with the interests and agendas of other political factors that are outside Venezuela and continue to defend the thesis of the coup d’état as a fast track to retake control.

President Maduro, in his message of end-of-year greeting to the Bolivarian Armed Forces, gave a speech that refers us to an article written in mid-2018 and that addresses “the five great challenges Chavismo will face.”

We believe that these challenges will remain clear trends throughout 2019. These challenges are: the increase in tension in the Colombian flank (let’s add the Brazilian and the Caribbean facade); the psychological war to divide Chavismo (and the Bolivarian Armed Force); Balkanization initiatives in the border limits (paying special attention to the southern part of the country); the destabilization of strategic allies such as Nicaragua and Bolivia (we should add Russia, as a result of the US withdrawal from the agreement on short and medium-range missiles), economic recovery as the engine of political legitimation (and the defeat of hyperinflation).

But perhaps the biggest task facing the political project inaugurated by Hugo Chávez is to overcome the great difficulties without making concessions that are detrimental to the great ideals of social justice, which has kept him for more than two decades as an alternative viable to the hegemonic models of world capitalism.