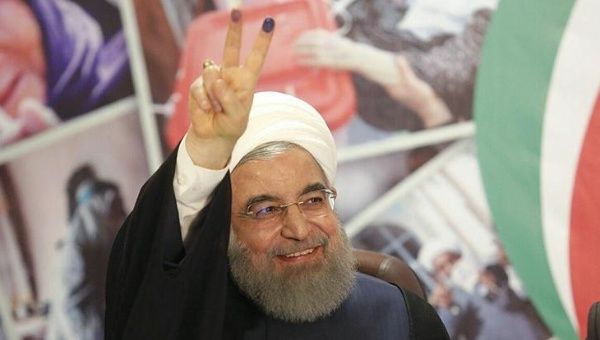 “…But at the same time we are not ready to sit at the table of surrender under the name of negotiations,” Iranian President Hassan Rouhani said.

Iran’s President Hassan Rouhani said Wednesday that they would be open to returning a British tanker that Iran seized if Britain returns the Iranian tanker they seized in Gibraltar adding that while his government is open to dialogue, Iran will not back down from defending its waters from western “mischief” in the Strait of Hormuz.

“If Britain steps away from the wrong actions in Gibraltar, they will receive an appropriate response from Iran,” said Iranian President Hassan Rouhani at a cabinet meeting.

Rouhani also stated that Iran is open to dialogue, but that it should be on the basis of fairness, saying, “As long as I have the responsibility for the executive duties of the country, we are completely ready for just, legal and honest negotiations to solve the problems … but at the same time we are not ready to sit at the table of surrender under the name of negotiations.”

This follows earlier conciliatory comments this week from Iran’s Foreign Minister Javad Zarif. Whilst on a state visit to Nicaragua, Zarif congratulated new British Prime Minister Boris Johnson and said “Starting a conflict is easy; ending it would be impossible. It is important for everybody to realize; it is important for [new British Prime Minister] Boris Johnson to understand, that Iran does not seek confrontation.”

However, though Iran is reaching out for dialogue, Rouhani also stressed that his country will not back down and rejects western intervention and “mischief” in the Persian Gulf.

Tensions with Britain have flared since the U.K. seized an Iranian tanker passing through Gibraltar, which was followed by the Iranian seizure of a British tanker after it illegally collided with a fishing boat in the Strait of Hormuz, close to Iran.

Foreign Minister Zarif and allies in the Non-Aligned Movement met recently in Venezuela and rejected U.S. sanctions and attacks on Iran.