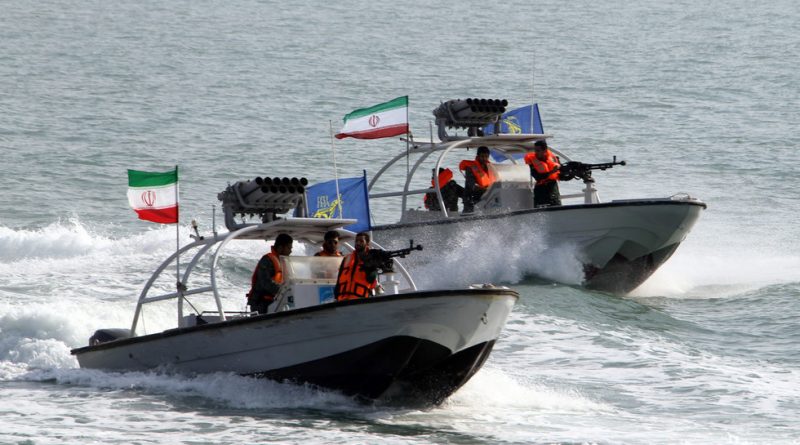 A short video published by the Iranian channel Press TV on social media shows the IRGC patrol boats approaching the ship, which reportedly had as many as 700,000 liters of fuel on board. An IRGC commander told the media that the vessel was captured near the island of Farsi in the Persian Gulf on Wednesday.

RELATED CONTENT: Venezuela will Denounce Threat of US Naval Blockade Before the UN Security Council

The first video of an oil tanker seized by the #IRGC in the Persian Gulf as it was smuggling #fuel to some Arab countries. #OilTanker #PersianGulf #Iran pic.twitter.com/kyPSFG3P14

The small islet is located in the gulf between the territories of Iran and Saudi Arabia, north of Bahrain. The footage also shows several cargo tanks in the ship’s hull filled with a semi-transparent liquid, which appears to be the fuel in question.

It remains unclear who owns the tanker and where exactly it was heading. The Iranian IRNA news agency claimed that the seized vessel is an Iraqi ship, but Iraq’s oil ministry has dismissed this information.

Seven crew members were arrested by the Iranian authorities. It is the third foreign tanker captured by Iran in the gulf over the past weeks. One of the ships had links with the United Arab Emirates while another one was a British-flagged vessel.

Iran’s actions follow the detention of a Panama-flagged supertanker, carrying Iranian oil, by the British authorities in Gibraltar. The move sparked a bitter row between Tehran and London. The UK argued that the seized ship was heading to Syria in violation of EU sanctions. Iran dismissed those statements and slammed London for “piracy” and acting on behalf of Washington, which is also engaged in an ongoing feud with Tehran.