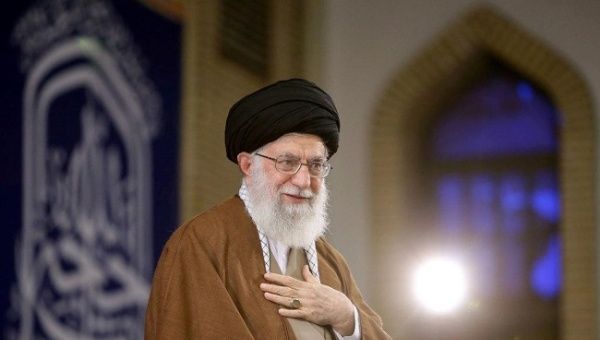 “Evil Britain commits piracy and steals our ship … and gives it a legal appearance. Iran and those who believe in our system will not leave such evil deeds unanswered.”

Iran’s supreme leader, Ayatollah Ali Khamenei, stated on Tuesday that the Islamic Republic would respond to Great Britain’s ‘piracy’ over the seizure of an Iranian oil tanker off the coast of Gibraltar.

The religious leader called on Great Britain to immediately release the Iranian oil tanker and end their hostilities towards the Islamic Republic.

“Evil Britain commits piracy and steals our ship … and gives it a legal appearance. Iran and those who believe in our system will not leave such evil deeds unanswered,” Khamenei said in remarks broadcast on television.

Khamenei, along with many Iranian politicians, have condemned Great Britain’s move to seize the Grace 1 oil tanker, which was allegedly sailing to Syria.

Iran has denied Great Britain’s claims that the Grace 1, a former flag ship of Panama, was destined for a Syrian port.

Furthermore, Iran’s oil tankers have been under close watch by the U.S. and the Western European powers, which is why the Grace 1 was quickly seized once it attempted to sail past Gibraltar from its nearby Strait.

Making the situation even worse is the fact that tensions between the United States and Iran are at a decade-long high. The increased tensions have been from a number of factors, including the U.S. administration’s decision to walk away from the 2015 Nuclear Agreement and then reimpose sanctions against Iran.