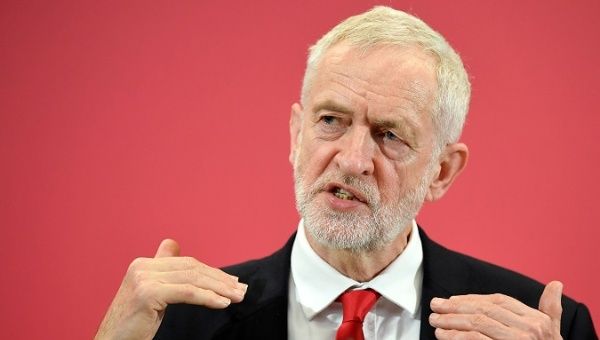 “Fundamentally it’s about reducing inequality in Britain and about investing in good-quality, sustainable jobs for the future through the green energy revolution”

Labour’s leftist leader Jeremy Corbyn said Sunday that he is “ready” for a general election, and hopes to move beyond the Brexit debate, so as to focus on issues of “Investment, jobs, trade and equality”

In an interview with Sky News, Corbyn laid out a number of positions Labour will be taking to challenge new Prime Minister Boris Johnson. He said his party is ready for a general election against Johnson, citing the fact that Labour has selected candidates in marginal seats and has prepared a policy on “a green industrial revolution” and a “green new deal”

Boris Johnson was elected by members of the Conservative party rather than an election, so Corbyn also took the opportunity to call for fresh elections, though refused to say when he would table such a motion as the parliamentary arithmetic is uncertain for now.

On Brexit, Corbyn restated Labour’s policy that they would seek to leave the EU with a deal that involves a customs union with the European bloc, but that Labour would campaign for a second referendum if Johnson were to take Britain out of the EU without a withdrawal agreement.

During the interview, Corbyn turned focus away from questions on Brexit, and towards issues of poverty and inequality which he said were his priorities, talking about the use of food banks in Mansfield where the interview was held.

“My issue is also uniting people around the country. My party is the only one that had significant numbers of people who voted both remain and leave. We want to bring people together, which is why I spent an awful lot of time listening to people with divergent views and we came up with the proposals which I put to the national executive and our party. Leadership comes from listening.”

Continuing, “Fundamentally it’s about reducing inequality in Britain and about investing in good-quality, sustainable jobs for the future through the green energy revolution”

An opinion poll published Saturday by the Comres agency indicates that both the country’s main parties would struggle to win a majority. The poll put the Conservatives at 28 percent and Labour at 27 percent.

There are concerns that Britain could exit the EU without a deal as Johnson promises to do if the withdrawal agreement is not significantly revised.

In the event of a no-deal Brexit, the country may face food and medicine shortages as tariffs and barriers would suddenly be placed on imports, the large majority of which are from Europe.